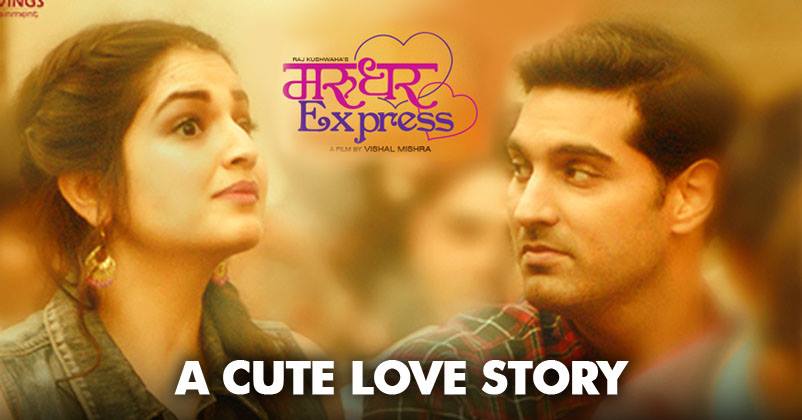 Vishal Mishra is coming up with a beautiful movie that has been titled as “Marudhar Express” and will portray the innocence of small-town romance.

Kunaal Roy Kapur and Tara Alisha Berry are playing lead roles in the movie and going by the two posters that have been released by the makers, we feel that there will be lots of sweet and romantic moments in the flick. “Marudhar Express” is based in the city of Kanpur and the actors must have work hard to give an authentic look to their characters.

The first look of UP Wali Prem Kahani is out;

Till now, Vishal Mishra’s name has been associated with two controversial movies – “Coffee With D” and “Hotel Milan” but this time, he has chosen a completely different topic. “Marudhar Express” is about a married couple whose marriage was an arranged one and just after the marriage, they are pressurised to have a kid because of which there are lots of ups and downs in their lives.

The movie is a complete dose of laughter and emotions and perfectly depicts the tough situations that a newly-married couple has to go through.

The old title of the movie was “Hum Dono Honge Kaamyaab” and while Kunaal plays the character of a simple man, Tara portrays a girl who is go-getter, dynamic and feels suffocated with the limitations that are faced by a small town girl. Rajesh Sharma, the critically acclaimed actor, will be playing a different character in which we have never seen him before.

Talking about the movie, Vishal Mishra said that they wanted to make a family entertainer which can connect with the common public and also give them something to think about.

He added that he is a great fan of Hrishikesh Mukherjee and has tried to make this film as per his style. He also thanked producer Raj Kushwaha for his support.

What is more commendable is that the makers have managed to shoot the movie successfully during the demonetisation phase. Raj Kushwaha is a pretty well-known name as he is the chairman of Axis Colleges and this is his debut as a movie producer. He said that it was a great experience working with Vishal Sharma, adding that “Marudhar Express” is a sweet family entertainer and hopefully, the audience will feel a connect with it.

Urvashi Rautela Pronounced Her Surname In Video, Netizens Trolled Her For Fake Accent & Overacting
These Bollywood Stars Have Lead A Far From Heroic Life. Are They Real Life Villians?