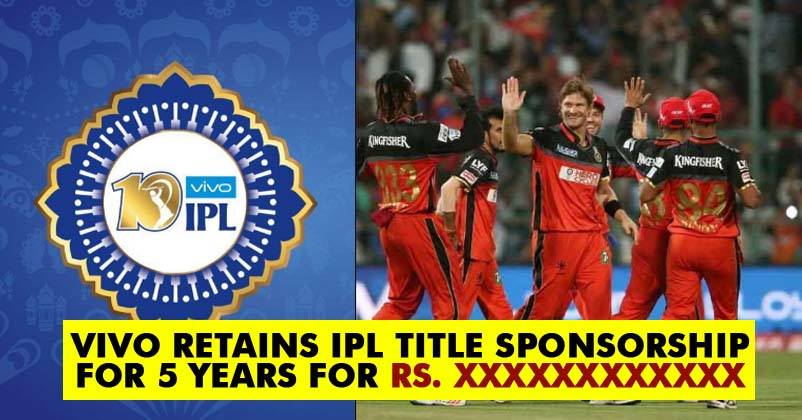 VIVO lost out to OPPO last time during the bidding of Champions Trophy as their bid was 768 crores. But this time they left no chance for the competitors by doing a crazy bid of 2199 crores.

An announcement was made on IPL’s official Twitter channel-

“We are delighted to have Vivo joining us once again as the title sponsor for IPL for next five years. The association with Vivo has been great for the past two seasons and I am sure they will continue to make it bigger and better.”

In a statement, BCCI said-

“The premium global smartphone manufacturer bid Rs 2199 crores, which is a 554 percent increase over the previous contract. In the upcoming five IPL seasons (2018 – 2022), Vivo and IPL will have extensive cooperation in terms of sports events, on-ground activations and marketing campaigns.”

Interestingly, Vivo is making a big push into Indian sports. Apart from the Indian Premier League, the mobile company has also acquired the title sponsorship of the Pro-Kabaddi League for a period of five years. The deal was announced in May 2017 and it is valued at Rs 300 crore.

Continue Reading
You may also like...
Related Topics:cricket, IPL

The Reason Why Sarfaraz Ahmed Wanted His Son To Be Clicked With Dhoni Will Make You Respect Him!
After Dhoni, Goenka Took A Dig At Kohli! This Time You Will Agree With Him!