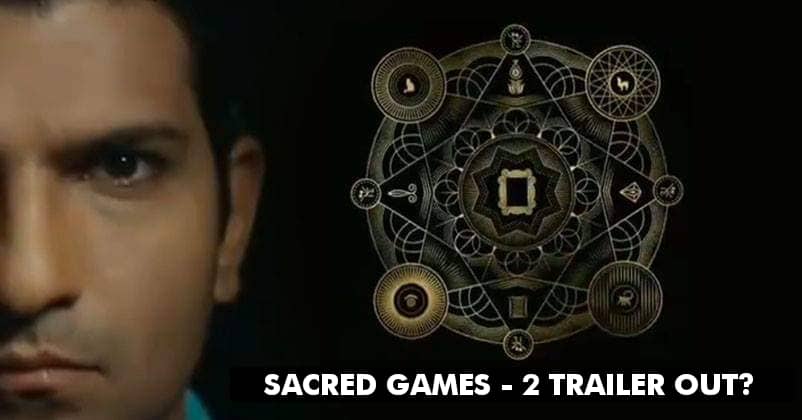 Sacred Games is one of the most popular shows of Netflix and very soon we will get to watch some mind-blowing action and drama as the season 2 of the show is going to start shortly. Sacred Games stars brilliant actors such as Saif Ali Khan, Radhika Apta and Nawazuddin Siddiqui and undoubtedly, their solid performances also played a great role in making it a favourite show of many people.

Almost two weeks ago, Netflix made a tweet regarding the second season of Sacred Games and indicated that an important announcement will be made within 14 days. The tweet read, “Calendar nikaal. Tareekh likh le. 14 din mein kuch bada hone wala hai.”

The excitement of the fans was increased further by Netflix when it gave an update about the names of the four episodes after a week and now the trailer of Sacred Games 2 has finally been released.

We are pretty sure that you will be speechless after watching the trailer that Netflix India shared on the micro-blogging site Twitter with the caption, “Koi bolta hai sach hai, koi bolta hai mazak, par mandala kabhi kisi ko samajh mein nahi aya.”

Yes, we knew that it was a prank but we had no idea until we watched it; however in the beginning, it appeared that this is how Bunty (Jatin Sarna), Kukoo (Kubra Sait) and Katekar (Jitendra Joshi) will be seen in the part 2 and some mandala designs were also shown in the trailer. But as viewers try to understand the scenario, just then Kukoo asks, “Could you be more fooled?”

However, Bunty and Katekar makes us believe that the second season will be back soon but till then, we can watch American sitcom Friends.

So how did you find this prank by Netflix? Let us know.