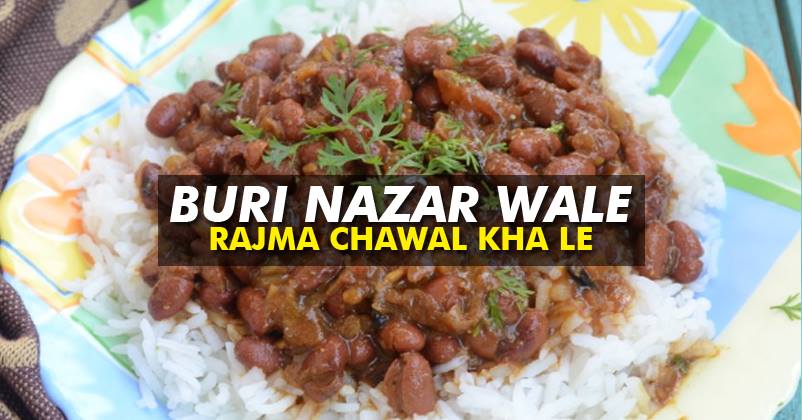 Vinod Kumar, who had boarded a Pune-Delhi flight on September 1, was shocked to read the offensive tagline printed on the food-box served during the flight as it said: ‘Buri nazar wale, rajma-chawal khale’ (Have rajma-rice, you the evil-eyed).

He felt humiliated and didn’t believe what he saw, he didn’t expect this from the big airplane. Talking to the Mail Today, he said,

“We pay for our comfort and here was this airline calling us ‘evil-eye’. I was travelling with my sister who also felt insulted with the line.”

Vinod, who expected a comforting flight, never expected how his journey would be anything, but comforting. At first he couldn’t believe what was written and so he asked his sister, who was accompanying him, to confirm it. But that’s not it, he asked the fellow passengers sitting on the front and back seats to confirm what was written on their boxes, he felt embarrassed and humiliated by this attitude of the airline.

He never expected this from a big professional airline such as Indigo. He was so furious over the matter that he wanted to register a complaint. However he was told by the flight attendant that there was no such on-flight provision.

Vinod won’t stop! Indigo flight and the food company may face a case.

Vindo Kumar said that after landing he would file a criminal case against the ‘Indigo’ airline company and the Chennai-based food company Triguni Eze Eats which supplies the food box in flights.

He even took the matter to the airline’s office but their response didn’t satisfy him. They didn’t express the regret in a way they should according to Vinod. He said:

“The airline, after receiving my complaint, contacted me and agreed that what happened was wrong but they could not explain how they allowed such horrific lines printed on top of the packet.”

This Hindu Girl Teaches Quran To Muslims
This U.S. Professor Imagined The World Without Muslims & Found Out The Most Surprising Results!