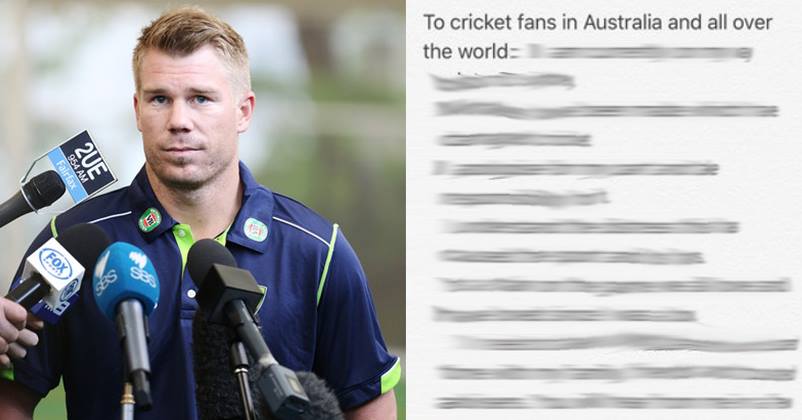 Yesterday, Warner and Smith were banned for 12 months by Cricket Australia for their involvement in ball-tampering. On the other hand, Cameron Bancroft was handed a 9 month ban. 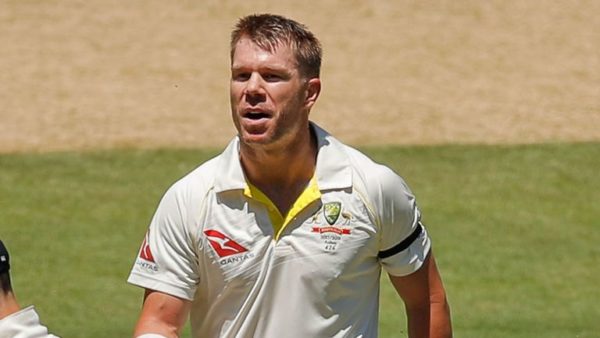 It was shocking to see such an incident in the world of cricket. Smith and Warner were asked to leave South Africa.

This morning, we saw how Air New Zealand trolled Smith for being a naughty boy and also gave him an offer to attend legal swing bowling sessions.

After all this, we have got the first statement from David Warner. Finally, he took to Twitter and posted an apology note for all his fans. He accepted his mistake and also held himself responsible for this ball tampering scandal.

Warner posted this same message on different social media handles. He wrote that his mistake has damaged cricket & feels guilty about it. The cricketer also knows that his fans are pained due to this controversy.

“To cricket fans in Australia and all over the world: I am currently on my way back to Sydney. Mistakes have been made which have damaged cricket. I apologise for my part and take responsibility for it. I understand the distress this has caused the sport and its fans. It’s a stain on the game we all love and I have loved since I was a boy. I need to take a deep breath spend time with my family, friends and trusted advisers. You will hear from me in a few days.”

We appreciate the fact that he has apologized to all his loyal fans. What are your thoughts on this note?

After Smith Was Banned By Australia, Air New Zealand Trolled Him & Gave Him This Offer
Smith Breaks Down During Press Conference & It’s Heartbreaking To Watch. Even Twitter Is Emotional