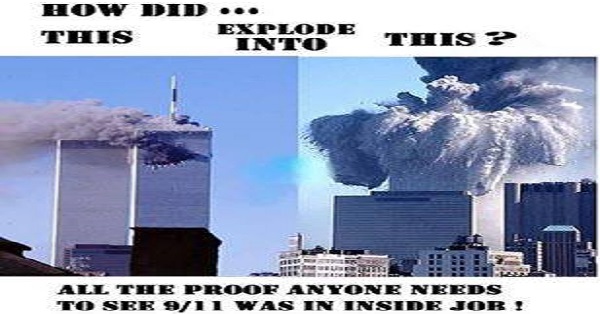 There have been a number of controversies with regard to 9/11 attacks; for instance, some people are of the opinion that it was a pre-planned act. Talking of this, 9/11 attacks refer to 4 coordinated terrorist attacks series which is said to have been performed on US by al-Qaeda, Islamic terrorist group, on Tuesday morning of 11th September in the year 2001. These attacks also included suicide attacks meant for targeting emblematic landmarks of the United States.

Take a look at the suspicious 21 pictures: RVCJ Team does not authenticate the validity of these photos or expresses anything with regard to the article. We found these photos on Facebook and presented to you since controversies are there in connection with 9/11 Attack.

What is your opinion about the article? Share your views in the comments section below.

A Father Puts In Efforts To Design This Creative Birthday Invitation Card For His Daughters 1st Birthday
EPIC Fail From Microsoft’s Cortana During A Live Demo By Satya Nadella..!!