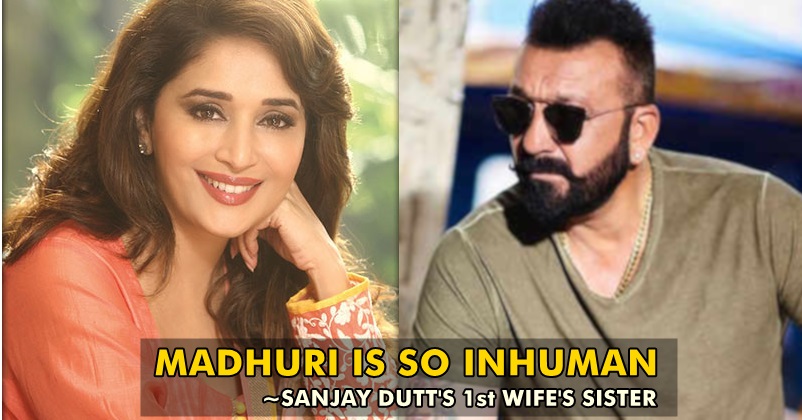 Bollywood actor Sanjay Dutt’s life has been a topic of discussion for some time now, thanks to Rajkumar Hirani’s “Sanju” which is the biopic of Sanjay and stars Ranbir Kapoor in the titular role.

The life of Sanjay has always been controversial and this is what made people more interested in him. He got addicted to drugs after losing his mother at an early age and then got stuck in legal troubles too. Many chapters of his life are brilliantly portrayed in the biopic; however, a number of people have some complaints from the flick too as it didn’t show some of the major episodes of Dutt’s life; for instance, his first wife Richa Sharma and his alleged affair with Bollywood’s Dhak-Dhak girl Madhuri Dixit.

Sanjay and Madhuri have always denied being in a relationship; however, an old interview of Richa Sharma’s sister is telling a different story. Sanjay and Richa got married in the year 1987 and she even sacrificed her filmy career for him. However, their love story was short-lived as the actress was diagnosed with cancer and went to the US for getting treated. When she came back to India after three years, the news of affair of Madhuri and Sanjay broke her. 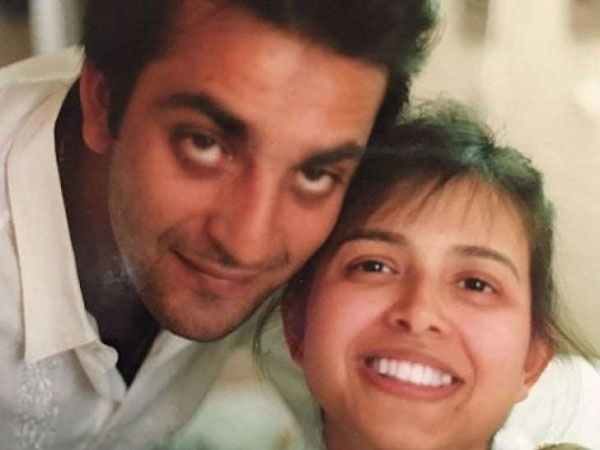 In a media interaction, she told how much she loved him and wanted him back,

“We’ve been apart for so long, we’re not totally in tune with each other. But it is nothing serious, we can overcome it. I did ask Sanjay if he was going to divorce me and he said absolutely not. As for me, I don’t want a divorce. I’ve come down because I want to be with him again.”

After a fortnight, she head to New York and gave a statement which read,

“I love him (Sanjay Dutt) with all my heart. Whatever happens, I will always stand by him. He treated me very shabbily when I came down to meet him.”

In December 1992, Enna Sharma, sister of Richa, gave an explosive interview to CineBlitz about the affair of Sanjay and Madhuri. As per Enna, Madhuri is responsible for the separation of Sanjay and her sister. In her words,

“Madhuri is so inhuman…I mean Madhuri can get any man she wants. How can she go for a man who’s behaved in such a way with his wife?”

“I know they are good friends because he’s called her from our house. And he does talk to her brother and her sister here. But we never looked at it as if ‘okay the guy’s involved with Madhuri’. We’re very open, we’ve always given Sanjay his space.” 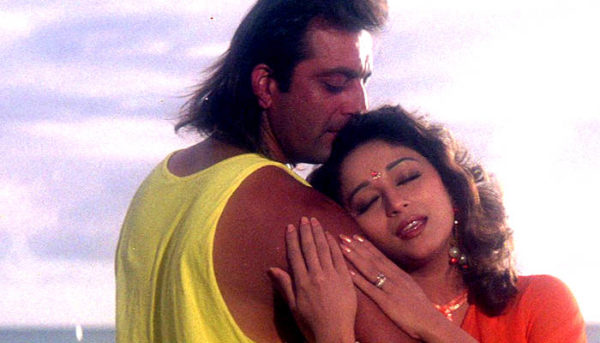 However, Sanjay denied the affair and said,

“There has to be something on between us for me to marry her. She was friendly from day one because she was not Madhuri – the star when I first worked with her.”

In fact, he went on to say,

“I wish I had a scene going on with Madhuri. But I don’t!”

In 1993, Sanjay filed for divorce and it was at that year only that he was taking into custody under TADA Act. Subsequently, Madhuri broke all the connection with him and then Richa took a jibe at Sanjay as she said,

“At every point in his life, he needs someone he can lean on emotionally. Like he was dependent on Madhuri. Now that she has ditched him, he is going to be a shattered man.”

After this all, we can only say that Hirani saved himself from controversies by not including these two chapters in “Sanju”. What do you have to say in this connection? Let us know your views.

15 Funniest Character Names In Bollywood Movies
2nd Saturday Collections Of Sanju Are Out. The Film Is Going To Break Many Records