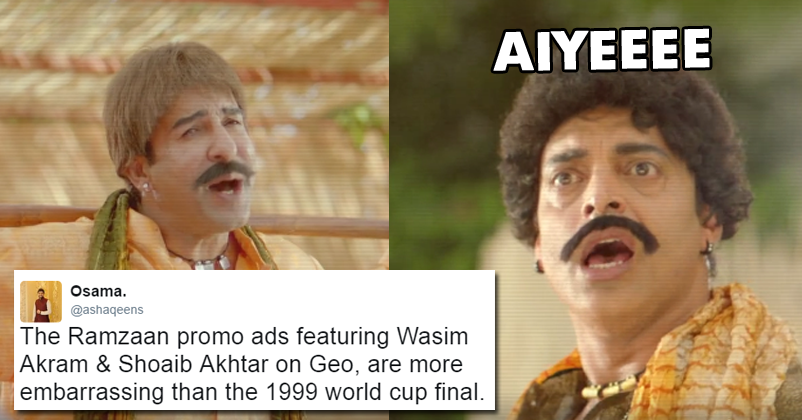 There’s a new trend on the Internet and it’s called “Cringe Videos”. Guys like Hero Alom, Dhinchak Pooja, Bhim Niroula are the superstars who have made these videos an internet sensation. They are the ones who have made the people forget the likes of Arijit Singh, Kailash Kher, Sonu Nigam. Seriously!

And you know when there’s something really good happening in India, our neighbors have to copy it. So Taher Shah is leading the force there, which is being joined by new guys. You must have already seen the mesmerizing videos of The Legend Nauman Khan, Azma Fallah or.. Sorry, if I am missing someone.

The latest to follow are Wasim Akram & Shoaib Akhtar. Yes Yes, Wasim & Shoaib, who used to be International Cricket Players from Pakistan’s side. They have now started doing “Cringe Ads” but of course on the bigger level. Unlike the names mentioned above, their art of work is not limited to the internet, but goes wide to the audience of National TV.

Now where there is a “cringe video”, there are reactions. Checkout how the video was received in Pakistan-

The new Geo ads with Wasim Akram & Shoaib Akhtar are a meticulous lesson in how to dismantle childhood heroes. So cringeworthy. Tauba.

What do you think about it? Don’t stay behind and post your reaction.

Dangal Has Created A HISTORY In Film Industry! First Ever Indian Movie To Enter 1700 Crores Club!
The Unseen Side Of Your Favourite Cricket Stars! Watch Video Of First Official Dinner For The Indian Team!