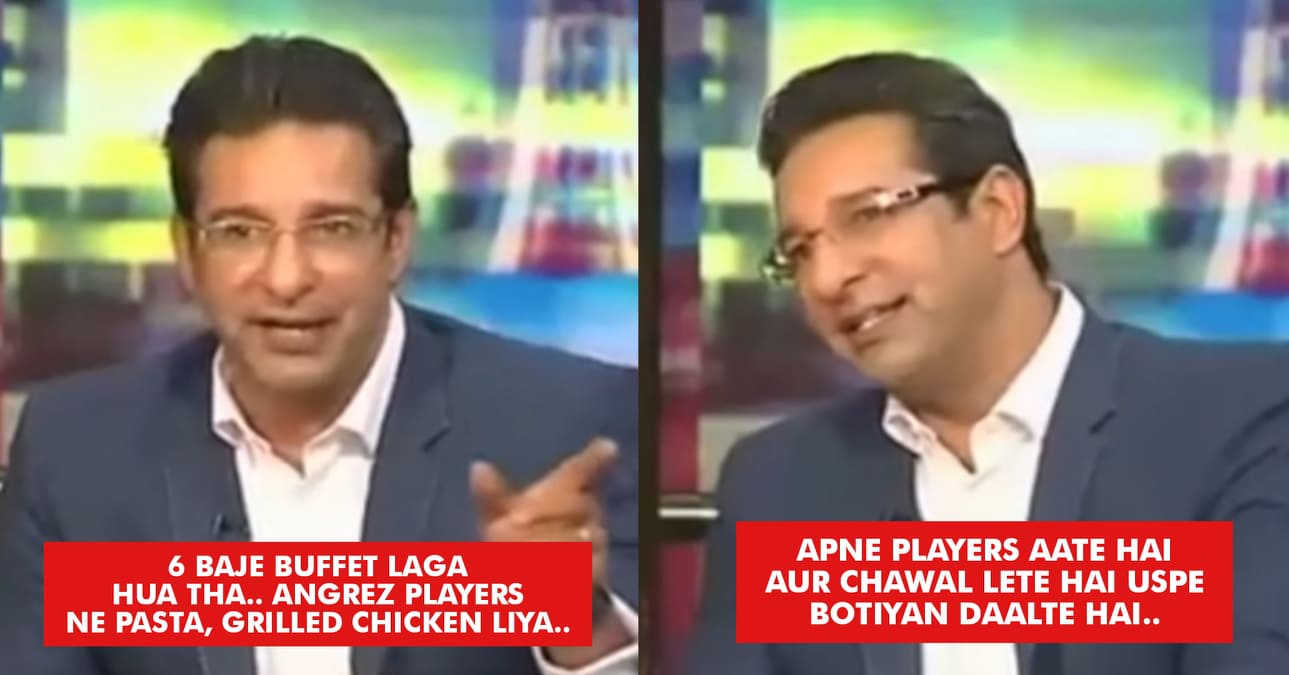 Pakistan’s team did not perform well in this World Cup 2019 and there was a lot of speculation about it. The players were seen unfit and some of them were caught yawning on the field ( you know who ). To add flame to the fire, a video of the team chilling at a Hookah lounge and eating fast food emerged online. The team was heavily criticized for the same. People from Pakistan were upset with their team’s performance as well.

Recently in a video posted by Cricket Addictor, Wasim Akram coach and former cricketer, captain of Pakistan national team was seen making fun of the players. In the video, it can be seen he is in the middle of the discussion with the panelist ( in a funny way) and they are discussing the fitness of the players in the National team. Wasim Akram makes fun of the cricketers with the ‘portion of food’ they consume just before the match and the way he says it is downright hilarious!

This is not the first time that former players were seen critizing the current team for their play! If Pakistan intends to play good and perform well in the upcoming matches ( not the World Cup of course ), they need to make some serious changes!

Finally The Actress Reacts To Alleged RUMORS Of Her Dating Jasprit Bumrah
Twitter Is Flooded With Messages For Dhoni’s Birthday, People Have The Sweetest Things To Say