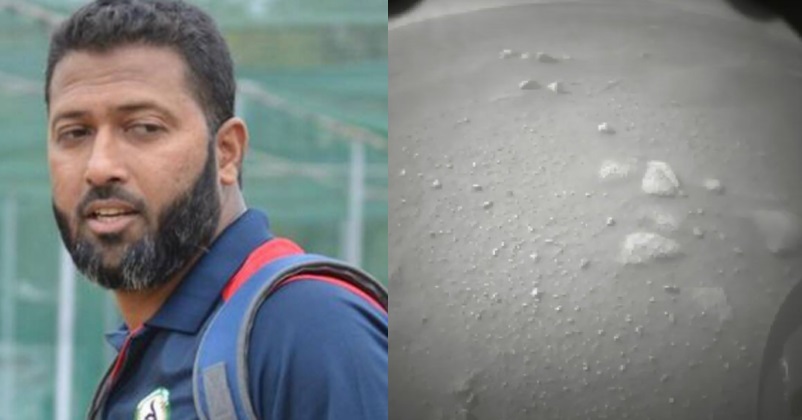 The micro-blogging site Twitter has become a great platform for the cricketers to interact with their fans and followers and many former cricketers are also using it for expressing their opinions on various matters related to cricket.

The former Indian cricketer Wasim Jaffer has garnered a huge fan base on Twitter and all the credit goes to his unique style of posting tweets in which he uses memes and photos in order to convey his thoughts in a humorous way. The Mumbai cricketer doesn’t shy away from taking a jibe at the opponents of team India and recently he targeted the England cricket team as well as former England cricketers.

On Friday, Wasim Jaffer tweeted a photo of Mars’ surface from the live streaming of NASA’s Perseverance Rover and described how impactful Indian bowlers would be on that surface. He writes that the dry surface seems to be helpful for spin and Indian bowlers – Ravichandran Ashwin and Ravindra Jadeja will be unplayable while pacers Jasprit Bumrah, Mohammad Shami, Ishant Sharma and Mohammed Siraj will cause havoc with reverse swing which they will be able to get after 3 overs.

Here is what Wasim Jaffer wrote, “It looks a dry surface conducive for spin. Ash and Jaddu will be unplayable. Boom, Shami, Umesh, Ishant, Siraj will cause havoc with reverse swing as ball will get scuffed up after 3 overs. Team India’s bowling attack suitable for all conditions 😉 #MarsLanding #INDvsENG”

Here is the pic that Wasim Jaffer shared: 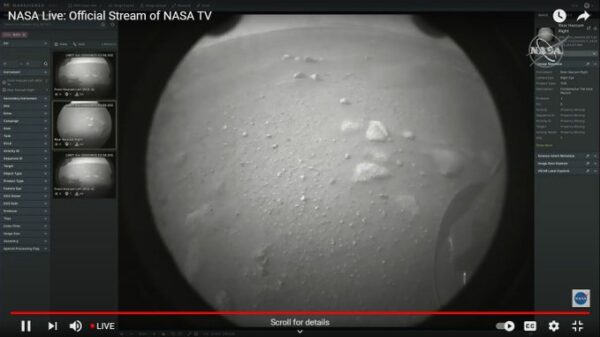 It looks a dry surface conducive for spin. Ash and Jaddu will be unplayable. Boom, Shami, Umesh, Ishant, Siraj will cause havoc with reverse swing as ball will get scuffed up after 3 overs. Team India's bowling attack suitable for all conditions 😉 #MarsLanding #INDvsENG pic.twitter.com/iQi4qYb5gN

Twitter applauded Wasim Jaffer for his amazing sense of wit and humour and this is how fans reacted:

Just another way of saying #TeamIndia is out of this world! 😎#INDvENG

After seeing this @WasimJaffer14 🤭 pic.twitter.com/jMiaKohPOe

Micheal vaughan will want the ICC to dock the mars team off 4 points, because England cant play anything that turns.

Cmon dude, the Englishmen will again start crying that its a turning track from day 1.
Right @MichaelVaughan ?? 😂😆@WasimJaffer14 #INDvENG

Just another way of saying Indian pitches are great. Even Mars got one

Brilliant. Intelligent humor is so under appreciated. Rock on

Meanwhile England legends , the surface is horrible, God created the pitch which suites only Indian bowlers

With this tweet, Jaffer took a jibe at the former England cricketers Michael Vaughan, David Floyd, etc. who were slamming the Chennai pitch of the second test match after the pitch supported the spin bowlers from the very first ball unlike after two days in the first test match. The Indian spinners bowled in a superb manner and helped their team win the second test match by 317 runs. The series is leveled at 1-1 as England had won the first test match by 227 runs.

The third test match will be starting from February 24; which team has the better chance of winning the series in your opinion? Do let us know.