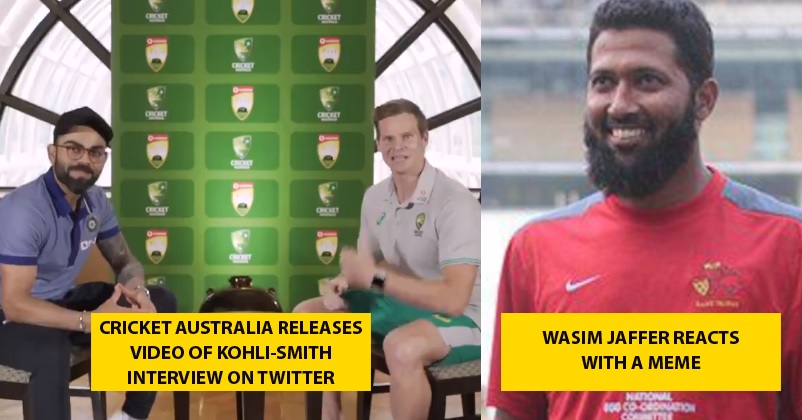 Wasim Jaffer has become one of the favourites of Twitterati after he started posting memes and trolling other cricketers or cricket boards. Recently, he was at his best when he trolled the Cricket Australia after they posted a video in which Indian skipper Virat Kohli and Aussie cricketer Steve Smith had a candid chat.

This video was posted yesterday, just a day before India and Australia clash against each other in the first pink ball test match that has already started in Adelaide Oval. Till the time this article was written, India was 119/3 with Virat Kohli and Ajinkya Rahane on the pitch.

Cricket Australia posted the video on their official Twitter handle with the caption, “Ahead of the Vodafone Test series, the two best batsmen in the world sat down for a special Q&A…”

Ahead of the Vodafone Test series, the two best batsmen in the world sat down for a special Q&A…

Soon Wasim Jaffer, the batting coach of the IPL team Kings XI Punjab, decided to troll the Australian Board as he posted a meme from the famous Bollywood movie “Hera Pheri” with “Views ka chakkar Babu bhaiyya” as caption.

As far as the video is concerned, Virat and Steve talks on many issues and the Indian captain admits that this Australian squad is stronger than the squad against which India played in 2018-19 because this time, Steve Smith and David Warner are also a part of the team. 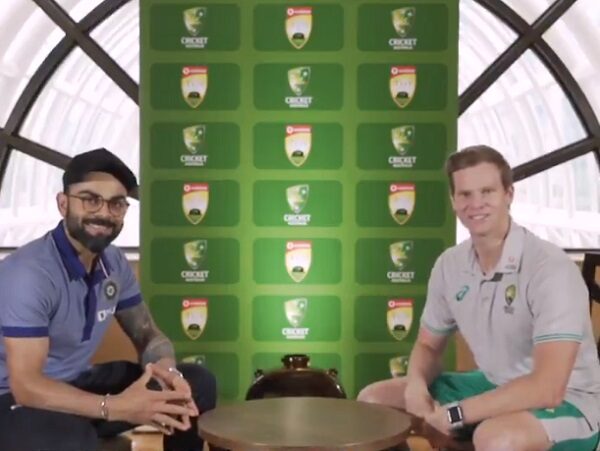 Last time when India toured Australia in 2018-19, the visitors won the test series by 2-1 and it was the first time that India won a test series in Australia. However at that time, David Warner and Steve Smith were banned from playing cricket as one year ban was imposed on them after they were found guilty of ball tampering scandal in South Africa.

What will make things more difficult for India is that the Indian skipper Virat Kohli will return to India after the first test match as he will be on paternity leave. Virat is going to be a father for the first time in January and he wants to be with his wife on this special moment. In Virat’s absence, Ajinkya Rahane will be leading the team.

Which team do you think who will win the test series – India or Australia?