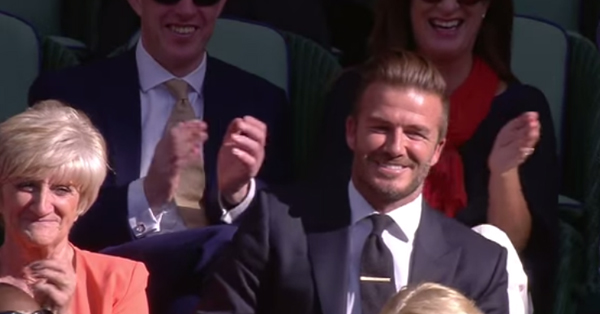 How difficult is it for a Soccer Star to catch a Tennis Ball with just one hand?
Yesterday in a doubles match between Jamie Murray & John Peers in the semifinals against Jonathan Erlich & Philipp Perzschner, the Forty year old Soccer Stud David Beckham showed his skill when he effortlessly catches a flying tennis ball.
The act of the star was followed by great cheer from the spectators all over and applauded for the star. In response to which David Beckham responded in a very gentle way with a smile on his face and waiving off his hands.
Watch this video to check the Star’s Skills:

Apart from Soccer, tennis is the sport in which David Beckham finds his happiness in. He has been witnessed in many such tennis tournaments before with his family.