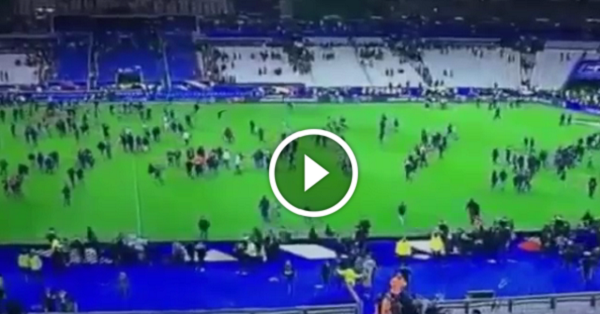 France is hit by worst terror attack in its history on 13th evening. There were bomb blasts at multiple places including the hostage situation in Paris concert hall. More than 150 people died in these bomb blasts. France has declared national state of emergency and has closed its borders. Borders will not be opened until the situation is under control. Paris residents have been asked to stay inside their houses and about 1500 military personnel are being deployed in the whole city.

One of these bomb blasts were taken place outside the Stade de France stadium where friendly match between France & Germany was being played. During the game, players heard the bomb blast and stopped the game. Check out the video here:-

It has not been identified who was behind these bomb blasts and terror attack. We request our readers to pray for Paris.