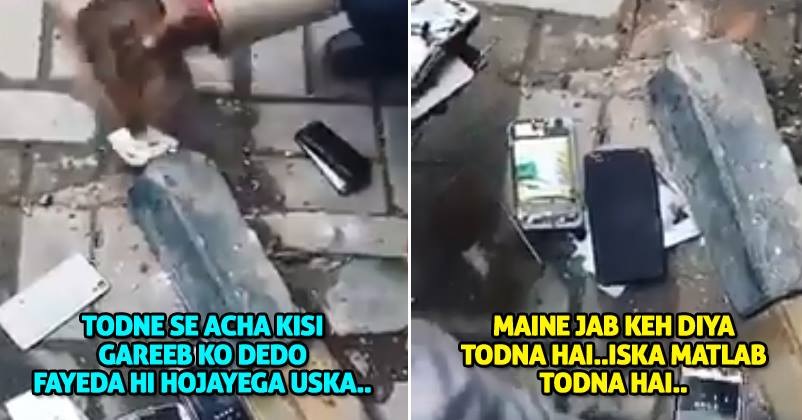 For all the things wrong in our world, our parents and teachers think that mobile is the biggest reason. They just can’t deal with the fact that it’s an important part of one’s life today. Yes, we overuse it but that doesn’t mean it’s the root cause of every problem. 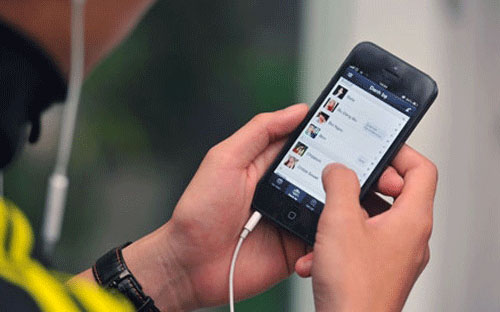 A video from a Medical College in Lahore Pakistan has gone viral on Twitter and is creating high tides on social media. In the video, we can see a man at the top of his anger is smashing the mobile phones with brick. He is so out of the control that he doesn’t stop anywhere and even destroys the sim card.

Have a look at the video-

This is from a medical college in Lahore. The state of these fucking institutions. pic.twitter.com/dkTy4UVUHM

Soon after breaking on Twitter, the video went viral and became the talk of social media. Have a look at some reactions-

Confiscated from students during lectures or just using it on the premises. The dean of this college is a real psychopath.

Was there a clause in the admission form that the mobile phones used during lectures will be confiscated and destroyed? If no than Sue the dean

Dean is notorious for harassing students and abusing them publicly that's why nobody speaks up.

Oh BC phone kyu tod rahe hain??
Is it not allowed to use phone in college??

ufff one brick was needed on his head!

Dean is also a harasser and really abusive. He will insult your parents and really make your life a living hell if you rub him the wrong way so people don't talk about it publicly. What I don't understand is parents sending their kids to an institute like that.

A guy also shared his own experience-

Continue Reading
You may also like...
Related Topics:Lahore, Pakistan

Police Have Caught The Thieves In Thane Who Use To Loot A House Towards Which The Coconut Used To Point
NGO Tweeted 900 People Killed In UP Encounter. UP Police’s Reply Made Them Delete Tweet