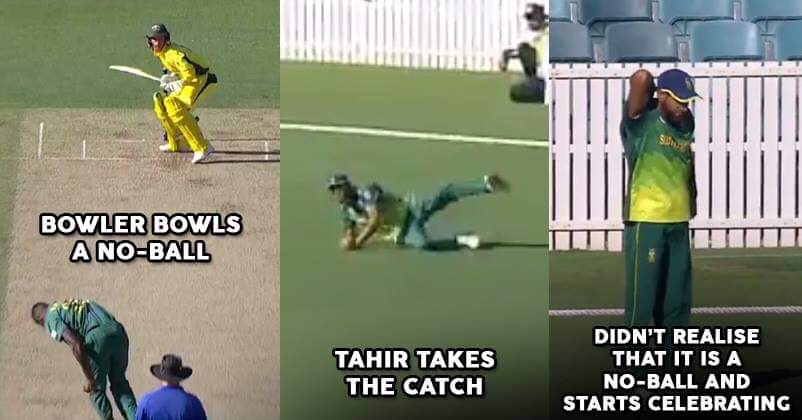 In spell of misfortune, Imran Tahir suffered huge embarrassment when he started celebrating the victory of Josh Philippe’s wicket before realising that it was a no ball. The south African team had been getting ready to face off against the Australia in an upcoming series when a practice match between them and Australia’s Prime Minister’s XI was set up.

The match took place this Friday and resulted in a 4 wicket loss for the South Africans. 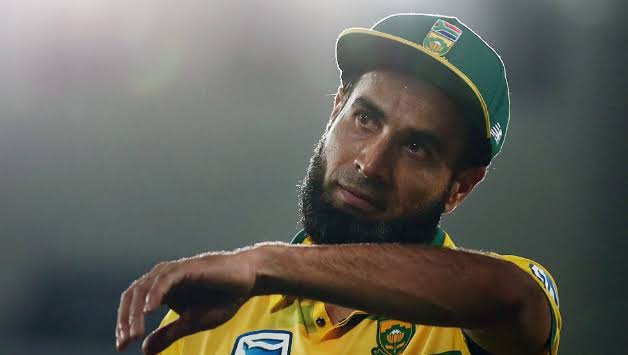 During the 6th over of the match, which was being bowled by Kagiso Rabada the unfortunate incident took place. During the over, on a well timed delivery by Kagiso, Tahir ended up catching the airborne shot of Josh Philippe in the deep fine leg. The cricketer was ecstatic over the wicket and turned towards the crowd to celebrate his victory. Tahir pointed to the back of his jersey during the celebrations signalling to his name, before realising that the delivery bowled by Kagiso was a no ball.

Imran Tahir might want to check if it was a no ball first 😂😂😂 #FoxCricket #PMXIvSA pic.twitter.com/zDvOs74n9h

By the time 39 year old Tahir realised his mistake, it was already too late, the Aussie batsmen had covered up a few extra runs during the whole confusion. As the commentators drew the crowd’s attention towards the mishap, Tahir desperately tried to throw the ball to the nearby wicket in an attempt to score a run out.

The cricketer ended up having even a worse day later on as he lost his wicket without scoring any runs and moreover gave away 47 runs in a spell of 10 overs and only one wicket. The visitors were shown the way to the pavilion at a score of 173 in about 42 overs. The team plays Australia in a 3 day ODI series, starting tomorrow. It remains to be seen wether the recent loss has any affect on them or not.

What did you think about the blunder? Share your thoughts with us in the comments below.

9 Contestants Are Nominated For Eviction This Week & This Contestant Will Say Good Bye To The Show
Sonakshi Sinha Did A Photoshoot For Hello Magazine, Got Trolled For Extreme Photoshop