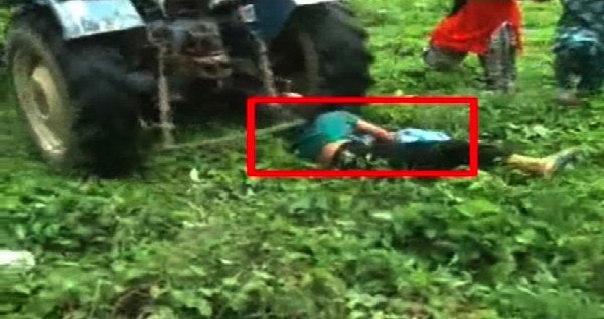 Mafia’s in India have better control on people than the police and authority. At least the video below has captured this kind of incident only.

The wife of a mafia gained so much power, that she had the audacity to run a tractor over the girl, with whom she had a tiff regarding land area. Uttar Pradesh has been witness to the most dangerous crimes for a long time now, and there surely is no end to it. The video proves so very well.

A land dispute between the two women in such a tragic accident to take place and resulted in really a bad fight.

Watch the video here & know how everything happened.

Don’t you think UP has crossed all the limit?