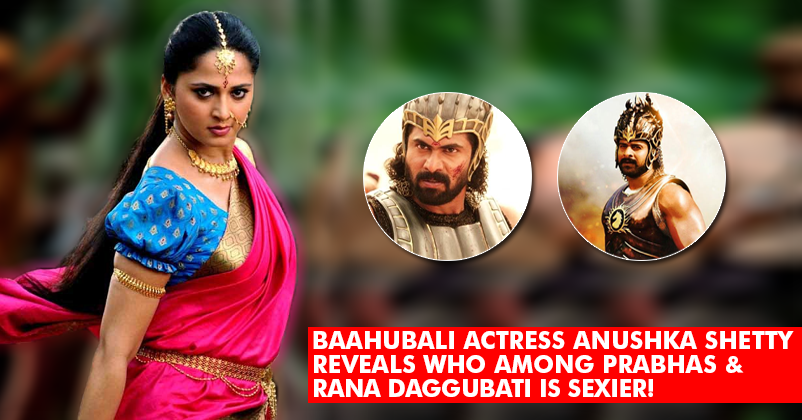 Baahubali stars are the current Hot topic of the town. The film has smashed away all the previous Box office records and has just started slowing down. However the popularity of Prabhas, Rana Daggubati & Anushka Shetty is touching new peaks every day.

A video clip from Baahubali 2 promotions has just gone viral on the Internet in which the Interviewer asks Anushka about who is more sexier between Prabhas & Rana. To the question, Anushka promptly replies,

“Prabhas… Rana is like my bro… He calls me brother, I call him brother.”

You can also check the video directly on Instagram.

Well, this might be a great update for the fans of Prabhas & Anushka, who want to see them as a real life couple. If you are active in Social Media, you may have also noticed several fan clubs dedicated to this stunning on screen couple. Interestingly, Prabhas & Anushka have worked together in several Telugu films like Billa and Mirchi before Baahubali and they are among the hottest couples in the industry. There were also reports of Prabhas & Anushka being very close to each other and this video just enforces the believe on the great bonding they share.

Ranveer Singh Angrily Left From The Sets Of Padmavati & Reason Is Sanjay Leela Bhansali!
Rana Daggubati Is All Set To Play This Powerful Role In His Next! Check Out Details!