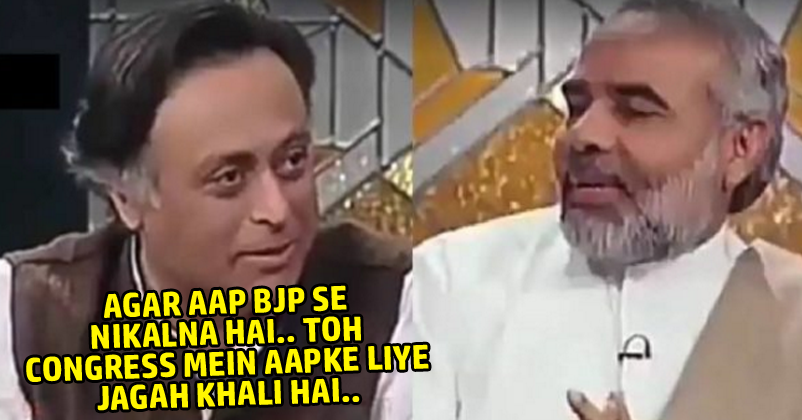 Today, Congress leaders are trying hard to destroy the image of PM Modi in every way; we have even seen Rahul Gandhi and Sonia Gandhi use various terms like “Khoon Ki Dalali” or “Maut Ka Saudagar”.

In the past, when Modi tried to enter Delhi, Congress had stopped him and raised the issue of Gujarat riots. In fact, we can say that he is the one whom everyone targets, don’t you agree? Well, it seems Congress already had an idea that if Modi becomes the PM, their bad time would start.

However, not many are aware about that fact that Congress had actually tried bringing Narendra Modi in their party 15 years back, can you believe it? They were very well aware that he is a shrewd politician and a capable leader and hence they had invited him to join.

If you don’t believe us, we have a video for you which is going viral.

In this old debate, Jairam Ramesh, the Congress leader is openly asking Modi to join the party but in turn, he rejects the offer and has an epic reply. Want to watch the video? Here you go…

So guys, wasn’t it a classy reply? We enjoyed this video, what about you? BJP and Congress ideologies differ and Modi took the right decision by not joining it. What are your views? Do share in our comments section below.

Hardy Sandhu Is Back With New Song & It Has Got 6 Million Views In Just One Day!
This Professor Has The Most Unique Way To Teach English! Watch This Viral Video!