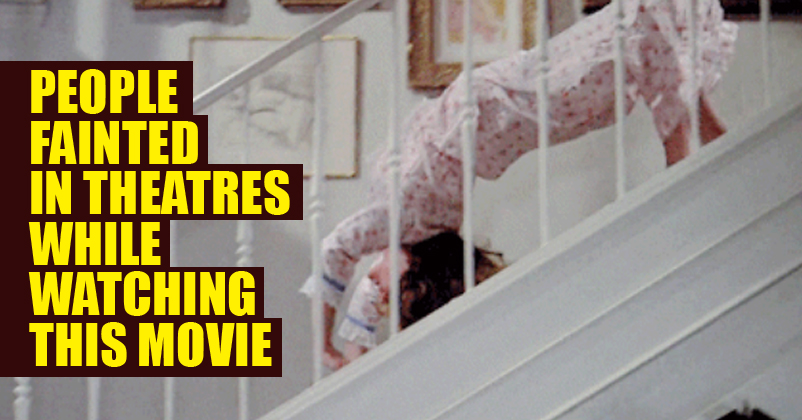 The Exorcist, when first released in theaters in 1973, people reported to have fainted, complained of headaches, and some people even puked while watching the movie. This movie has been called one of the scariest movie of all time, even up to this day many people find it disturbing. The Exorcist met with a lot of controversies due to use of subliminal imagery and the hysteria surrounding it made it a phenomenon. After watching this film many people complained of hearing voices, they were convinced that they were possessed. There were many crazies about the film, people getting sick after watching it, theaters providing the vomit bags to the audience, an ambulance parked outside the theater for the people who fainted inside. The Exorcist is based on the novel of the same name which is inspired from the supernatural events surrounding an anonymous boy, under the alias of Roland Doe, and a series of exorcisms performed on him. The film however deals with the demonic possession of a 12-year-old girl as her mother tries to save her with the help of two priests. The film is controversial for so many reasons, it featured cursing, vomiting, and a crucifix mastur**tion scene of a 12-year old girl. There were many tragic incidents that happened on the sets of the film, which led many people to believe that the film is cursed. The set caught fire, the actress was injured, two actors died when the film was in post-production. People even believed that the film was evil and playing it through projector would let the power of evil possess people.

However the film was a hit, it made records, earned Academy award nominations. The great horror writer Stephen King praised the movie. Let’s take a look at the iconic and controversial scenes of the movie.

The Spider-Walk scene is available in the The Exorcist: The Version You’ve Never Seen DVD. This scene has been copied by a lot of horror movies.

Peek-a-boo I see you! Spinning a head around 360 degrees. Don’t try this at home!

And now the tale of horror returns again…

The Exorcist returns as a TV series, this FOX TV adaptation is all ready to scare the fans again. The show will premiere on September 23, 2016. Take a look at the trailer of The Exorcist.