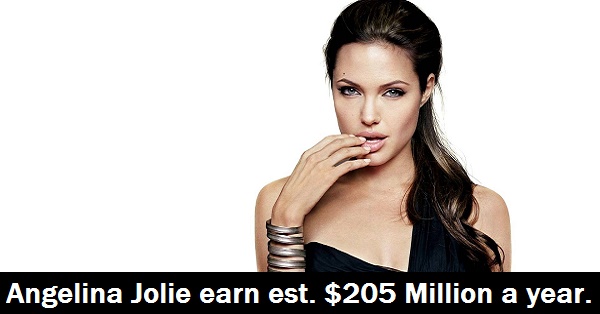 Can you imagine the hardships and the hard work that a person has to go through his life to be rich among the commons? Being the Richest calls for a great determination, hard work, practice, precision and patience. We have featured top 10 wealthiest actresses in world.

Dina Merrill is an American actress (91 years of age) and also a dedicated and enthusiastic business woman. She is the richest actress in the world owning a huge wealthy empire for herself with estimated earnings of $5 Billion a year. American Actresses, Mary Kate and Ashley Olsen (28 years of age) are also known as Olsen twins collectively.  These Similar looking twins are the second richest personality in the world with estimated earnings of $300 Million a year. Australian actress by birth, Mia Wasikowska (25 years of age) is the third wealthiest actress with gross earnings of $275 Million a year. Michelle belongs to a Malaysian Chinese family and is married to Dikson Poon. She has acted in more than 25 movies and is estimated to earn $245 Million a year. The beautiful American lady, Sasha Alexander is currently 41 years is among the rich ladies in the world and earns around $215 Million a year. The Gem of Hollywood and the most talent lady Angelina Jolie (39 years of age) is a successful actresses and a film producer by profession. This successful celebrity is married to Brad Pitt and is estimated to earn $205 Million a year. Jessica Alba is an American actress and a successful business woman too. She earns $200 Million a year. Sandra Bullock is an American actress and a film producer too. She is among the Hollywood highest paid actresses and earns around $200 Million a year. Miley Cyrus is 22 years old and is the youngest successful and top rated actress in Hollywood. In her early ages, she managed to be the top rated actresses all over with a huge earning of $180 Million a year. Julia Roberts is a successful American actress with earnings of $170 Million worldwide. These were the top ten wealthiest actresses in the world according to 2015. We hope you enjoyed reading this.