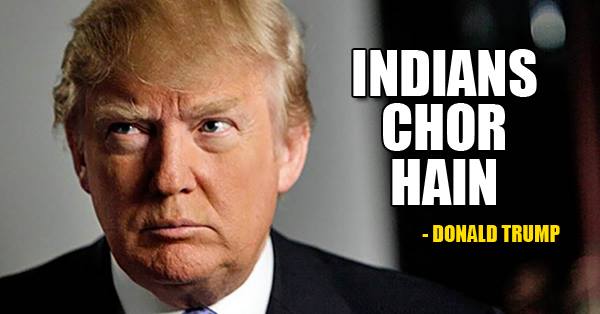 Real Estate businessman turned politician Donald Trump has once again set his guns blazing on India as he held India responsible for leaving Americans jobless. On Sunday, Donald (69) pledged that if he gets elected as a President, he will bring all the jobs back to America that has been transferred to India. Donald Trump has emerged as the front runner for the Republican presidential elections and he hopes to win the Republican primary in each of the 11 states on the coming Tuesday.

While speaking in a public rally at a Tennessee local airport which was attended by around 5,000 individuals (here let us tell you that this number of people is quite huge in itself as per this standard), he made a promise of “making America great again” and for this, he would grab the jobs back from nations, such as Mexico, Japan, China and India. Trump also assured the crowd that he would close the US-Mexican border by making a wall, revoking Obama care and destroying the terrorist organization ISIS. After every statement made by him, there were chanting of “USA, USA” as well as “Trump, Trump”.

This New Twist In Karisma-Sanjay Kapur Legal Battle Might Turn The Whole Case
15 Interesting Facts You Should Know About The Union Budget Of India!!