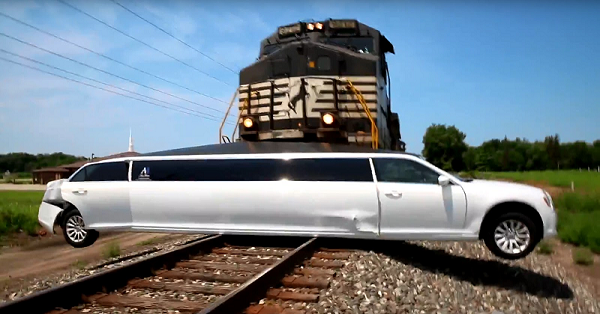 This video which was shot of the accident was posted on YouTube by StudioNoeProductions, shows that a man tries to stop the freight train by showing a red flag but it was too late for a heavy high speed freight train, it wasn’t able to stop and it collided with the empty limousine.

The good thing was that the limousine was empty and no live was lost, however limousine suffered damage when it was pushed by the freight train.

Gun And Open Gundagardi : But You May Like It
This Hilarious “MERA GHANTA PAKDOGE” Prank Will Give You A Good Laugh