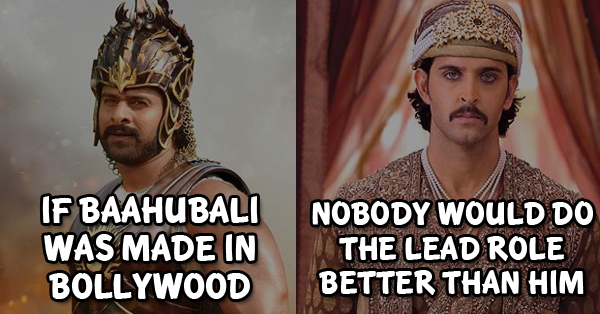 BAAHUBALI fever is all over the Internet. The most expensive movie in the history of Indian cinema is released is a super duper hit at the box office as well as is being appreciated worldwide. S. S. Rajamouli has done something which no other director even in Bollywood can dare to do. He has created a milestone which bollywood has to struggle to achieve.
The movie has taken Indian Cinema to the next level and made all the Film Industry Proud. Fantastic Story line, Super Effects and awesome star cast has pushed the movie to a level that it reached top 10 Movies list in the US. The movie is being loved worldwide which is evident by its worldwide collections. The movie has earned 50 Crore (net) which surpassed SRK’s Happy new year (Rs.44.9cr) and Aamir’s Dhoom 3(Rs37cr). Baahubali had not only become the biggest south Indian Opener ever but also is now the Biggest opener of all times in the entire Indian Cinema History. The movie stars Prabhas, Rana, Tamanna, Anushka, Sudeep etc.
Looking at the craze of the movie, Team BOLLYWOOD DOSER got a weird thought that What If Baahubali Was A Bollywood Movie?? Who Would Be The Cast? and they came up with these replacements. Which are funny on one side but seems justifying the characters too. Have a look. What do you think about the replacements? Would the movie be a Hit with these legends acting in the movie? And Who would be the Director who would dare to do such a movie? Will it be the man who directed Lagaan & Jodha Akbar Ashutosh? Or Karan Johar? Naah Not Karan Johar!! 😛 You Decide Who can it be. Share your views with us.