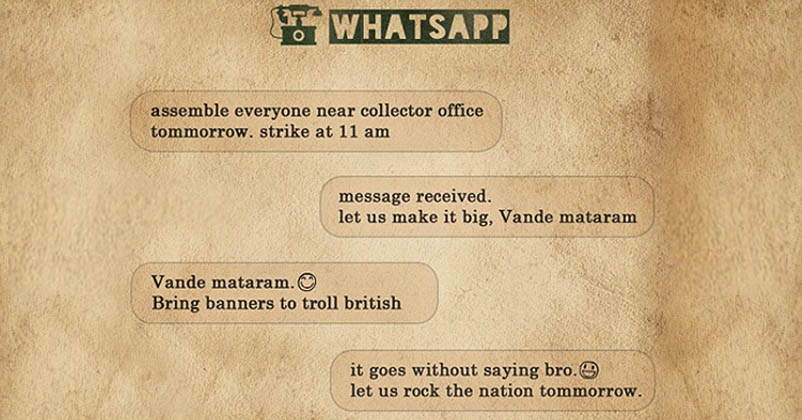 Internet, the world connects through it now!

It was in late 80’s when it entered India. And so brought the revolution. The way people interact, communicate, express themselves, everything changed gradually. When people used to think twice before making an STD call because of high call rates, now can make free call across the world.

But ever wondered, what if the most popular sites have been if they existed what before the nation got its Independence? Today every news goes viral, gets trending on all the social networking or micro blogging sites. People want to know and share every information / news they have through the various platforms available. If sites like Facebook, Twitter had been at the time for the Indian War for Independence, then what would have been the trending topics, what kind of trolls would be viral?

This one imagination is done by team of in1947.com. Very beautifully, they envisaged these sites. How they would have looked, what could have been things viral. What would have been on Zomato, or what would be conversations like on WhatsApp. Continue Reading
You may also like...
Related Topics:Independence, India, india before independence, internet

These I Don’t Know But Memes About Bollywood Will Make You ROFL
This Guy Missed A Small Note From His Wife, What Happens Next Will Blow Your Mind