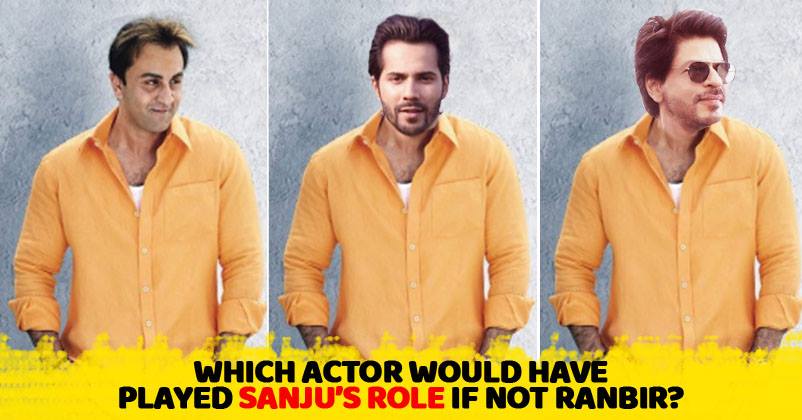 Since the announcement of the movie, ‘Sanju’ has been the talk of the town. Sanju was one of the most anticipated movies of this year. The Biopic on Bollywood’s bad boy has a list of talented actors. Ranbir is playing the main lead and the titular role whereas other significant actors are supporting and completing the movie. This is Ranbir’s first biopic. Before playing the role of Sanju, Ranbir was only portraying the role of a lover boy in the movies. With Sanju, he has redefined his place in the industry.

No doubt, Ranbir has worked really hard for the film. He has undergone a lot of transformations to fit the role. But, what if any other actor had portrayed this role?

Ranbir has delivered an immersive performance, especially in scenes where emotional intensity is required. The movie has not touched any of the critical aspects of Sanjay’s life. It seems to be more like a propaganda or a PR film. Fictional characters in Biopic? It seems as if it was an attempt by Hirani to whitewash his friend’s image.

Ranbir might have done a ‘fantastic job’. But he was not at all the first choice of the makers. The producer of the film Vidhu Vinod Chopra wanted to cast Ranveer Singh to play Sanjay in the film.

Everybody knows the level of energy Ranveer has. Ranveer has astounded the audiences with his powerful performances in movies like Bajirao Mastani, Padmaavat, and Dil Dhadakne Do. His role in Padmaavat was appreciated by both the critics and the audiences. He is so lively and energetic that he is also referred to as ‘portable charger’ of Bollywood.

It was a challenge for Ranbir to transform and achieve that look of Sanjay. However, on the other, Ranveer has been doing interesting and challenging roles right after his first movie.

Other than Ranveer, Mr. Perfectionist Aamir Khan too would have been a good choice for the role. The way he worked hard to prepare himself for his role in Dangal was totally commendable.

One thing where Sawaariya of Bollywood lacks is his expression. In Rockstar too, in the first 20 minutes of the film, there were literally like no expressions. The only trademark Ranbir has been doing in almost all his films is his frown. Be it Jagga Jasoos, Wake up Sid or Bombay Velvet, his trademark is a frown. However, on the other, Ranveer Singh is mastered in exhibiting different kinds of expressions.

Other than Ranbir Kapoor, Paresh Rawal is playing the role of Sunil Dutt, Sanjay’s father. Paresh too has a pivotal role and is giving a convincing performance.

We should mention that makeup artist has a great role in transforming Manisha Koirala’s look as Nargis Dutt. Actors like Dia Mirza, Anushka Sharma, Sonam Kapoor, and Jim Sarbh too have pivotal roles and have given good performances.

However, the main character was witnessed by Ranbir Kapoor. Ranbir Kapoor has done a good job. There were areas where he could do more. However, overall his performance is good.

Akshay Is Not Happy About Gold And Satyamev Jayate Clash? Gives A Very Angry Reply To John?
Arjun Kapoor Finally Speaks His Heart Out About Relation With Janhvi & Khushi. He’s The Best Brother