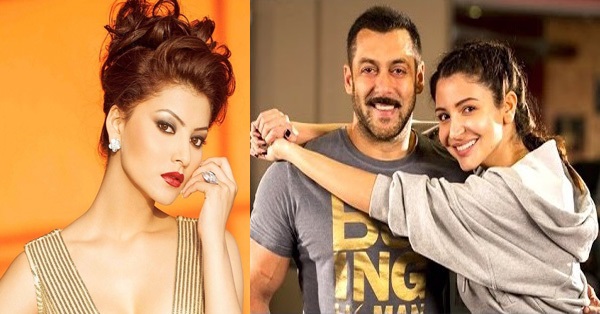 After searching for a long time, finally Anushka Sharma was signed for the role of lead actress opposite Dabangg star Salman Khan in his upcoming venture “Sultan”. Many actresses were considered for the role such as Kriti Sanon, Parineeti Chopra and others.

It is said that actress Urvashi Rautela was also in this list but if sources are to be believed, it was Urvashi herself who tried to be a part of this movie; however, the director was not even considering her.

It is said that the actress who started her career with ‘Singh Saab The Great,’ was very much anxious to work with superstar Salman Khan and in an attempt to get this role, she even tried to get too close to the director Ali Abbas Zafar, which not only made the director feel uncomfortable but also awkward.

To save himself, Ali asked Urvashi to send her photos to his team saying that they would get back to her which never happened as Anushka bagged the role. If the reports are correct and Urvashi has gone to this extent, you just can’t blame the males of Bollywood for casting couch but if it is a fake report then also there is nothing to be surprised, as earlier also Urvashi has attracted controversy when she said that she was having an affair with the son of Mukesh Ambani. Additionally, once she said that she was talking to Rohit Shetty for a role in the remake of “Ram Lakhan.”

Sultan is all set to release on Eid, this year.