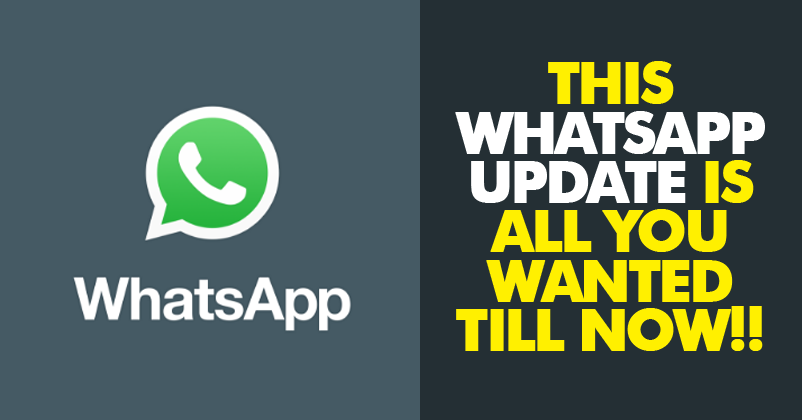 When Whatsapp was launched a few years back, its basic version was also a blessing. All the users were able to send unlimited text messages for unlimited validity to their associates and that too without any cost. With time the expectations increased and more updates started rolling in. Now that it has become the most used messenger worldwide, the developers of WhatsApp are busy brainstorming for a better user experience. The team has thus planned to launch new features soon which will be part of the version 2.17.30. The new update is supposed to be a treat for those who share a lot of photos and other heavy media. As per reports, the new update will allow the users to add filters to photos, videos and gifs before sending over to the individuals or groups. Once you select the video or photo, a simple swipe will showcase the filters for you to choose from. At the moment, there are five options including pop, black and white, cool, chrome, and film. Now, isn’t that a really cool update? But there will be a little more wait for some users as the update will be launched for iOS first. Still, there’s nothing bad about it because you know the wait will end soon.

Continue Reading
You may also like...
Related Topics:Mobile, WhatsApp

Aakash Chopra Slams Airtel For Its Ad Featuring A Little Girl Who Wants A Bodyguard In Phone!
A Deadly Asteroid Is Definitely Striking Earth. This Major City Is Expected To Get Wiped Out As Per The Expert