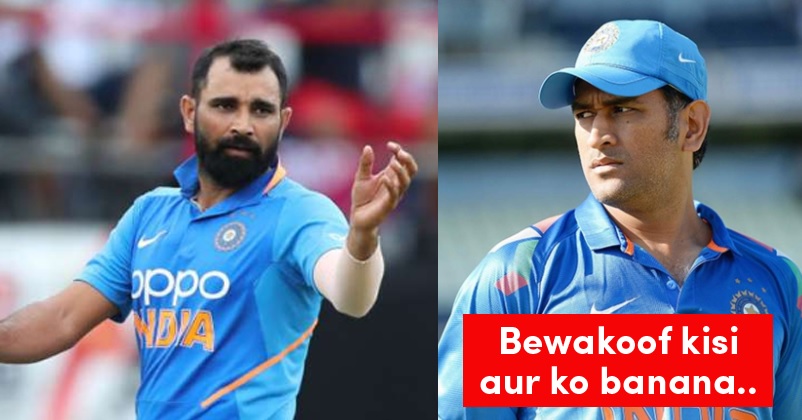 MS Dhoni has been one of the most successful captains of India as under his leadership, the Indian team has won three ICC trophies and what makes him different from other is his cool attitude. The calm and cool manner in which he used lead the team earned him the nickname – Captain Cool.

However, the Captain Cool also faced tough times such as during the 2014 New Zealand tour in which the Indian team missed the chance of leveling the two-match test series. Team India was already going through a rough phase in the longer format especially since 2011 when England and Australia whitewashed the Indian squad.

If we talk about the New Zealand tour, the first test match was won by New Zealand but in the second test match, India had a pretty good chance to win the match as the Kiwis were 94/5 in the second innings but then the skipper of that time, Brendon McCullum went on to score a triple century to save his team from defeat and the match was drawn.

Recalling the same match, Indian pacer Mohammed Shami shared an incident with Manoj Tiwary during a live Instagram session. Shami revealed how Captain Cool lost his cool when he didn’t bowl properly. Shami told that in the second innings, the Indian bowlers were pretty frustrated as Brendon McCullum was not making any mistake and he was not getting out, however he was dropped off at the score of 14 by Virat Kohli.

Shami said that he was also frustrated as in the over before lunch, a batsman edged but the catch was dropped. He further added that in the final delivery before lunch, he bowled a bouncer which went even above Dhoni’s head.

Shami further revealed that while returning to the dressing room when Mahi asked him why he didn’t bowl the last delivery properly, he didn’t give a satisfactory answer and it made Dhoni a little angry. Shami added that Captain Cool talked to him in a strict tone and asked him not to try to make a fool of him. Dhoni further said that he has witnessed many players come and go, adding that he is Shami’s senior as well as captain.

It seems that Mahi also loses his cool sometimes. Presently, Dhoni has been out of the cricketing circuits for quite a long time now as he last played for India in the 2019 ICC World Cup.

Nothing can be said about Dhoni’s return in the Indian squad as of now and the coronavirus pandemic has also stopped all the cricketing events including the IPL 2020.