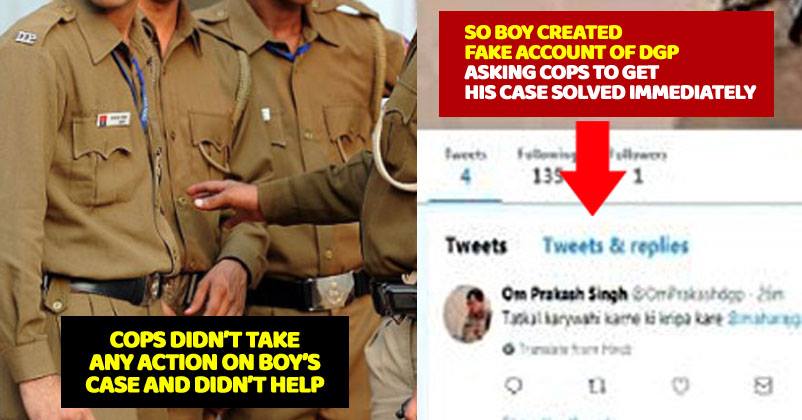 The micro-blogging site Twitter has become a pretty good platform for the public to raise their voices against many issues. In fact in many cases, we have seen that swift action is taken from a department whenever a citizen has complained about any matter on Twitter.

However, a class 10 boy from Gorakhpur district took to Twitter to create a fake account of UP director general of police (DGP) so that he can use this account to give instructions to the cops in relation to a case in which the boy’s brother has been cheated.

After the boy was arrested, he told the cops that a person from Maharajganj named Sadiq Ansari has cheated his brother by promising a job in Dubai and for that purpose, he has taken Rs. 45,000 from him but Sadiq didn’t keep his promise.

As a result, the boy’s family filed a complaint in Gulharia Bazaar police station but the cops were not taking any action in the case despite he and his family visited the police station many times and requested officers to take an action. 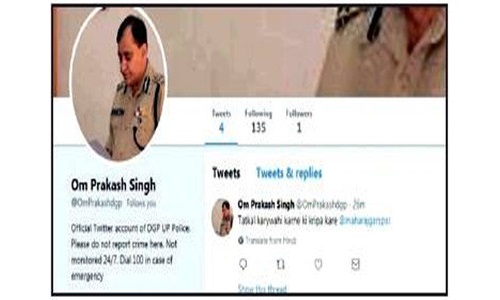 The Twitter account seems to have been deleted but from this pic, it’s clear that he tweeted, “Tatkal karrawayi karne ki kripa kare” (Please take action immediately)

His friend gave him the idea of making a fake Twitter account of DGP OP Singh with his photo from which he directed the SSP Gorakhpur, who in turn directed his subordinates to take appropriate action in this case. His idea worked and police acted on the case. Sadiq returned Rs. 30,000 to the boy’s family and promised to pay the balance soon.

When DGP office was updated about the case by Gorakhpur police, they were surprised as no instruction was given from their side. A case was filed in Hazratganj police station from where it was forwarded to cyber cell. Cyber cell tracked the boy and on Saturday, he was detained.

“When questioned, he said that he got the idea from another boy of his village and then created the Twitter handle using his friend’s phone.” 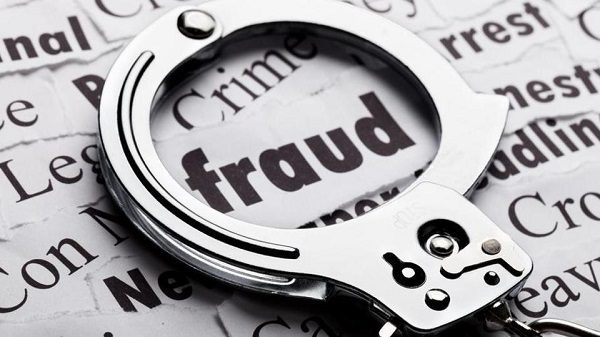 Police left the boy and his friend after giving them a strict warning as DGP OP Singh said,

“We took a reformative approach and let off both the school-going kids, as any action would have affected their future.”

Rahul Srivastava, PRO of state police chief, stated that a complaint can be filed at Twitter handle @UPPViralCheck if anyone finds active fake accounts being operated under the name of serving IPS/PPS officers.

What the boy has done is not correct but it is also pathetic on the part of police that they didn’t take action in the case until they were pressurized by the top staff. What do you have to say in this regard? Let us know your views.

North Korea Decides To Stop Nuclear Tests After Meeting With Trump. This Is How Tweeples Reacted
Man Tweeted He Cancelled Ola Because Driver Was Muslim. Ola Hit Back With Best Reply