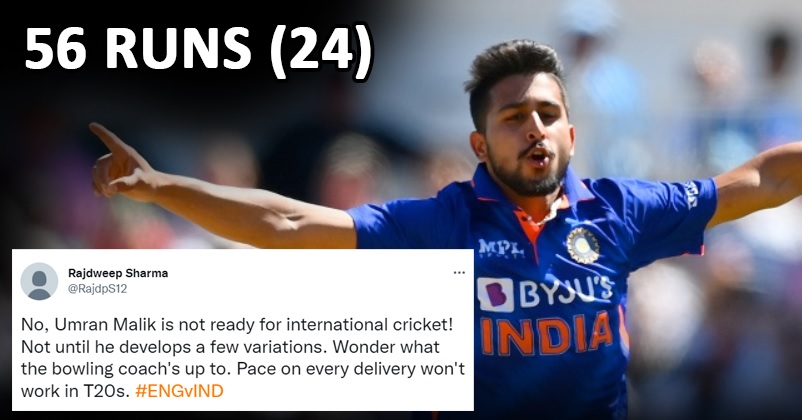 The young Indian fast bowler Umran Malik who made headlines during the IPL 2022 because of his pace is all over social media at present but for all the wrong reasons. In the league, he played for Sunrisers Hyderabad and bowled at the speed of around 150km/hr or above and in all the matches, he won the prize for the fastest delivery of the match. 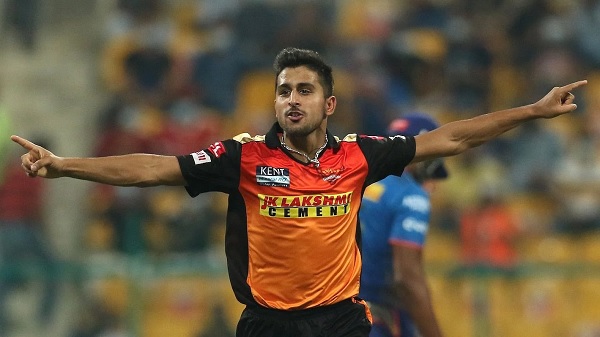 Soon, the Indian cricket fans started demanding that the young pacer from Jammu & Kashmir should be a part of the Indian team and the selectors also thought of giving a chance to the youngster by including him in the team for the Ireland tour where India played 2 T20Is.

However in his debut match against Ireland, Umran Malik went for 14 runs in his first over after which the stand-in skipper Hardik Pandya didn’t give him another over. In the second T20I, Umran Malik once again failed to make an impact as he went for 42 runs in his 4 overs and took just one wicket.

The Indian team management once again gave a chance to the young pacer as they included him in the team which played and lost the third and final T20I of the 3-match series against England. As India was leading in the series by 2-0, some big changes were made in the squad as all-rounder Hardik Pandya, pacers Jasprit Bumrah, Bhuvneshwar Kumar and spinner Yuzvendra Chahal were replaced by Ravi Bishnoi, Shreyas Iyer, Avesh Khan and Umran Malik. 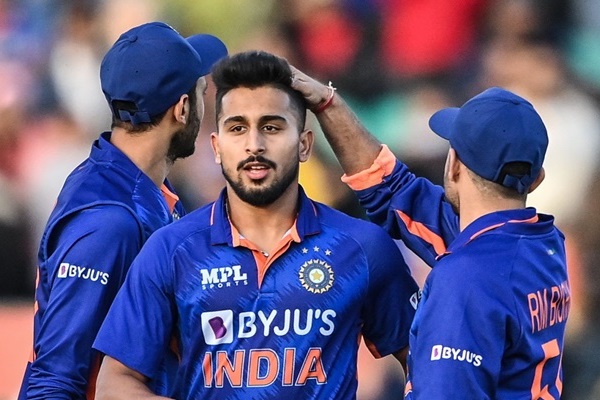 Umran Malik performed poorly against England in the 3rd T20I as he gave away 56 runs (economy rate – 14) in his 4 overs and took only one wicket. The pace sensation who was making waves during the IPL 2022 for his team SRH was declared unfit for the international cricket by many online users who trolled Umran Malik mercilessly.

Umran Malik cannot retain his place in the playing XI with this economy rate.
This will only send him back to the bench..

Rohit Sharma hands the trophy to Umran Malik and told him to go back home , never come back !

Difference between Pace and Length!#ENGvIND

56 runs in 4 over , remarkable performance. pic.twitter.com/NxDORuuU1k

We are happy to announce that Umran Malik has joined our prestigious Dinda academy of excellence.

Hope he will flourish more under my and king unadkat guidance.

Many more such performances to come in upcoming years. He is here to stay in academy. ❤️ pic.twitter.com/53M4XHDpZO

Had Arshdeep played in place of Umran Malik or Avesh Khan , we would have won this game. To be honest Arshdeep is more deserving than both of them.#INDvsENG #IndianCricketTeam #ENGvIND pic.twitter.com/n6goqlhxoe

Umran Malik needs to go back into the domestic setup, he's too raw. Has just 3 FC matches, 1 List A and handful of IPL matches under his belt. 56 off his four overs today too. As Shaheen pointed out, you need skills along with pace to survive. He shouldn't be pushed. #ENGvIND

No, Umran Malik is not ready for international cricket! Not until he develops a few variations. Wonder what the bowling coach's up to. Pace on every delivery won't work in T20s. #ENGvIND

Today it's Umran Malik on his radar. Sanju bro he is Umraaaan not UmRun (I guess).

Screwing up names since eternity.

But generation now-a-days Beliveing in thought process of work like bhuvi , harshal and arshdeep singh #INDvsENG

With this performance, Umran Malik has secured the third spot in the list of bowlers who have given the most runs in T20 cricket, the first being Yuzvendra Chahal (0/64), second is Joginder Sharma (0/57) while Deepak Chahar and Umran Malik have tied for 1/56.

Many fans now feel that Umran Malik should be sent to play domestic cricket while the Indian skipper Rohit Sharma has stated that Umran Malik is in their scheme of things for the T20 World Cup.

What is your opinion in this matter? Do let us know.