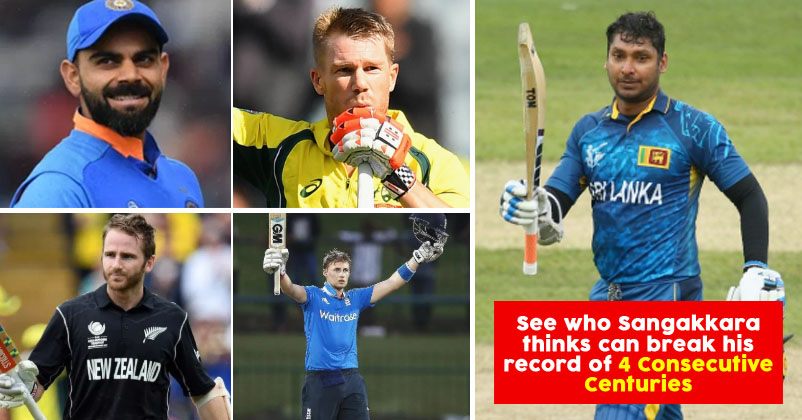 Sri Lankan cricket commentator and former cricketer Kumar Sangakkara has quite a few records to his name. One of them is scoring four consecutive centuries in ODI cricket, which he obtained in 2015 World cup.

Kumar made his international debut in 2000 and retired in 2015 and during this span, he was one of the finest left-handed batsmen.

Recently, in ESPNCricinfo’s 25 Questions segment, Kumar talked about his career and shared some very interesting facts about it. When asked, which player does he think, can break his record of four consecutive centuries in ODI cricket, he said that there are quite a few players who could equal the record. But Kumar thinks that Virat Kohli has a better chance to match and break his record than anyone else.

He further said that Virat’s consistency in terms of scoring runs has helped him make a few records, one of which is the completion of 11,000 runs in the format.

Kumar Sangakkara played T20 cricket in several leagues including the IPL, the BBL, and the CPL.