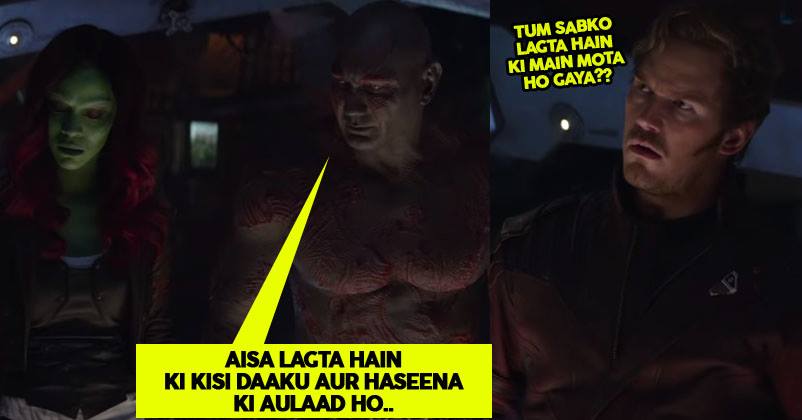 Thanks to a couple of marvel movie gods watching over us, we Indians can experience the Avengers Infinity war in cinema again., this October 2nd. What’s special? Well you can watch it in Hindi this time, and it’s hilarious. Of course we all loved the spectacle when the movie first released on 27 April, but this time it’s a bit different. Apart from seeing all your favourite characters speaking Hindi, you can watch them spew out Bollywood worthy dialogues with the ease of a veteran. Dialogues that will remind you of the 90s, and also give you a nostalgic look back at our days that were filled with mythological shows like Chandrakatha.

Here are some of he best dialogues that will give you a sneak peek into the treat that awaits you.

If you thought Tony saving Spidey in space was fun back then, you’re in for a treat. The two superheroes struggle atop the ship in space when Spiderman loses control and plummets to earth. Watch Tony call Spidey “Chotu” before saving him and sending him back to earth. 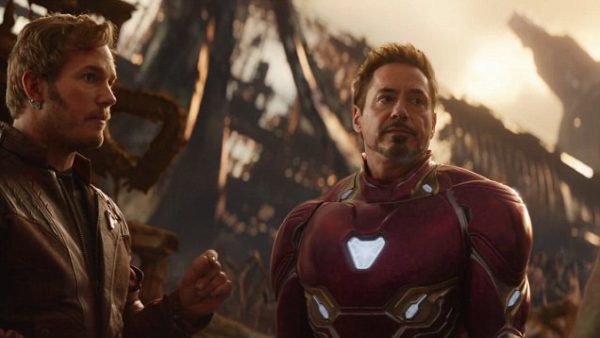 It’s one thing being Thanos’s son, but when somebody calls you “Thanoskisantan” and precedes it with “bada hi mangalavsar hai” you know things are going to get rough. I am kidding. Just kidding. Watch the video here.

What do you retaliate “aj bada hi mangalavsar hai” With?? Well leave it to tony to hit the inter galactic warrior with a “Sorry jo bhi hi tum, ajprithvi ka shutter down hai”. Some part of me is just glad that Dr. Strange is simply standing behind him and not saying something like “ Aur ab hum tumhara meter down kardenge”.

Peter has always been the funny one, but when he decides to get serious, our man doesn’t really get the response he expected. Well what else could you expect from a teen groot? Leave it to Rocket to school the little brat by saying “jabsejawaniphooti hai kuch zyada hi charbi aa gyi hai tujhmei”. I’ll leave you to watch the rest yourself.

Avenger Infinity War re-releases in India , tomorrow 2nd October 2018 in Hindi. Make sure to catch the spectacle before the Part 2 releases next year. There has been a lot of buzz around the Avengers Infinity War Part 2, after the unexpected death of half of half of the Marvel universe. The most prominent theory circling the internet is in fact the death of Tony Stark and Dr Strange’s use of the time stone. Then of course, there is the introduction of Captain Marvel who gets her standalone movie before the release of Infinity War Part 2.

We can only speculate at this point, but judging from the first one, Infinity War Part 2 is going to be another spectacle to look forward to. Catch the rerelease of Part one, tomorrow in theatres near you.

8 Indian Television Actress Who Got Married Twice
Jasleen Chose Her Clothes & Makeup Over Anup; Twitter Trolled Her Left And Right