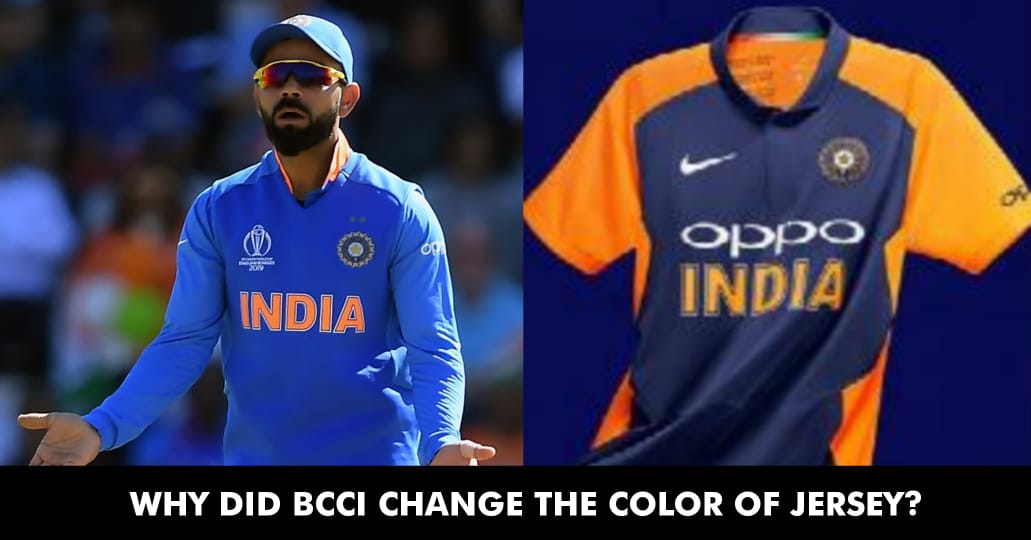 The new color of the Indian cricket team’s jersey has not only triggered reactions from the cricket fans but also stirred things up with political people. Everybody has a point of view about the new ‘orange’ jersey for team India. Some are loving it while some are trying to connect the dots with the jersey’s color and the ruling party’s color.

Reportedly, the Board of Control for Cricket in India (BCCI) was given multiple options to chose an alternate jersey. But keeping the trend and fan’s liking in mind, the BCCI went with orange color as T20 kit had this color.

An ICC source revealed that BCCI chose the color combination that looked the best to them. The aim was to look different from England in the upcoming match.

Why is it necessary?

As per ICC rules, no two teams can wear the same color jersey in a match and both India and England wear blue jerseys. In this case, either of the team can change the color of the jersey for a single match.

Why can’t England change the jersey?

When two team’s jersey collide, the host team has the right to wear its original color. Reportedly, the rule was inspired by the home-away jersey format of football.

According to ICC rules for televised events, all participating teams are required to provide two different colored kits, except for the host country who has a preference in the choice of color and may, if it chooses to do so, provide only one colored kit to be worn in all matches throughout the event. In advance of the event, the teams will be notified which colored kit will be worn in each match.