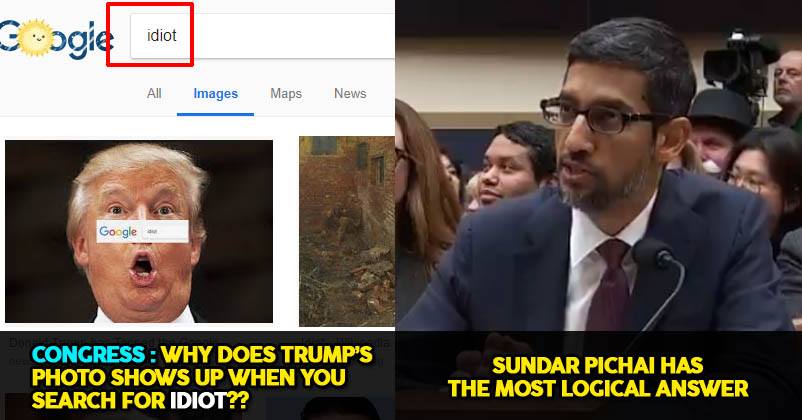 Google search is one of the most common methods used by people to get answers about their queries on the Internet. From relevant to highly irrelevant, people ask every kind of question to Google. Some of them think that Google is a person sitting right on the opposite side of your device answering all your questions. 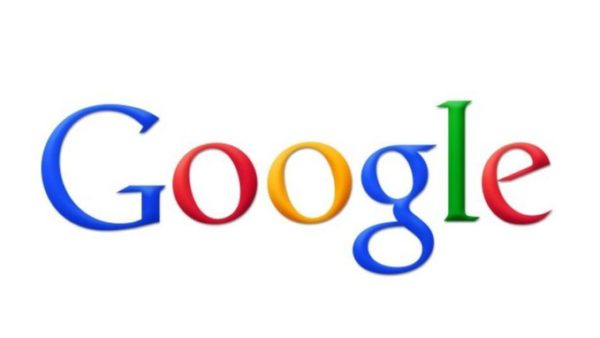 As Google CEO Sundar Pichai appeared in front of a bunch of US lawmakers recently he had to answer some bizarre yet hilarious questions.

One of them was by a sitting US Congresswoman Zoe Lofgren who asked why does the search engine shows “Donald Trump’s” images when you search “Idiot” on google image.

Well, that’s true. It does show some images of “Donald Trump” when you search “Idiot” in Google Images but those who understand Google even a little bit know that it’s not a person from the company giving out the images to make his fun.

What did Pichai answer?

Pichai, in a very humble but confident tone, explained to her how search engine takes the “search keyword” and matches it with the content on billions of copies of pages and images available on the Internet. It shows results considering parameters like relevance, freshness, popularity, how other people are using it, at any given time we try to rank and find the best results of that query.

He further explained that Google evaluates the same with guidelines to make sure the process is working.

“So it’s not some little man sitting behind the curtain figuring out what we’re going to show the users?”

CONGRESS: "When I type in the word 'idiot' images of Donald Trump appear."

NASA Shares First Selfie From Mars On Twitter. People Can’t Control Their Excitement
A UAE Woman Gets Her Fiance Jailed For Calling Her Idiot On WhatsApp. What’s Happening?