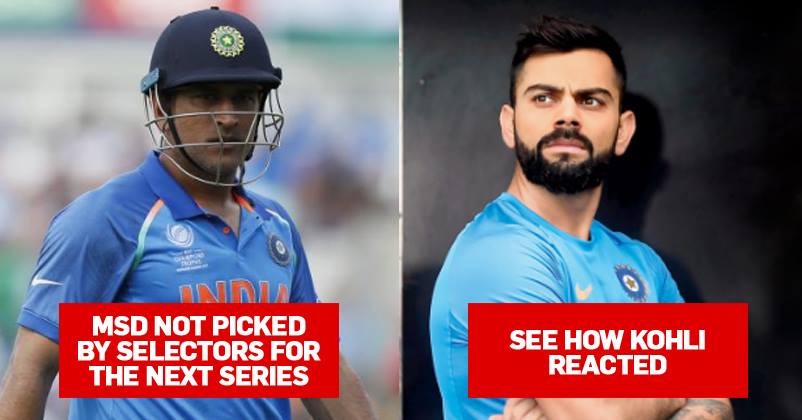 A lot of fans were shattered and disheartened with the fact that MS Dhoni has been dropped out of the Indian team for upcoming T20I series against West Indies and Australia. It was being considered as an end of Dhoni’s T20I career and fans were blaming Virat Kohli for it.

Kohli, however, ended the speculations of Dhoni’s T20I career end and stated that he is still an integral part of the team.

Speaking at the post-match conference, Virat Kohli said that it was the decision of selectors and they have given enough explanation for it.

Kohli said that he doesn’t need to add any more to what selectors have said already and also he was not a part of the conversation. Virat also emphasised that Dhoni is still a part of India’s limited over team but has been dropped out of the T20 team to give a chance to a youngster like Rishab Pant.

We hope that provides some relief to all the worried fans.

This Is What Sachin Tendulkar Has To Say Over Comparison With Virat Kohli
Watch South African Imran Tahir Embarrass Himself After Celebrating A Wicket On A No Ball!