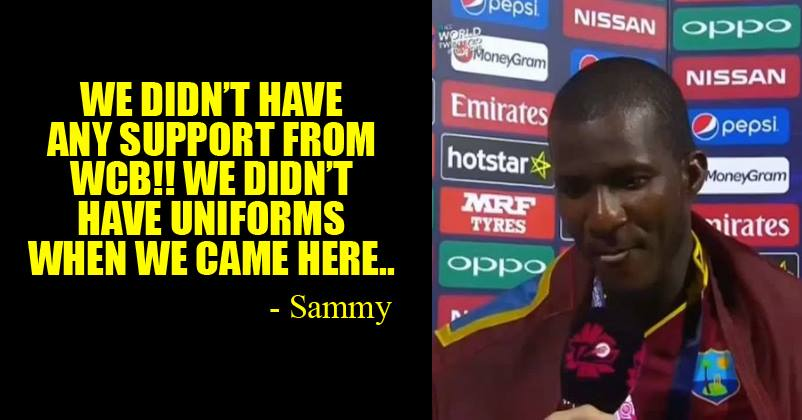 Questioning WI ODI squad selection for upcoming tri-series against South Africa and Australia starting from 3rd June, Darren Sammy, Chris Gayle and Dwayne Bravo express their utter sense of surprise since Sunil Narine and Kieron Pollard made it to squad in spite of the fact that they don’t meet a criterion of WICB, playing domestic 50-over competition.

Sammy, Bravo and Gayle couldn’t play Nagico Super50 which held in the month of January as the trio was busy in Australia in Big Bash League. However, Narine and Pollard weren’t able to play either as the former had been forbidden since his bowling action was suspected and found to be illegal while the latter had suffered a knee injury at the time of Ram Slam T20 in November 2015. It was in April that ICC allowed Narine to bowl.

The cricketers who have not been picked in the squad articulated their feeling of disbelief over the selection on Twitter. Chris Gayle asks, “@KieronPollard55 & #SunilNarine selected for WI Tri-Series. How is that possible @westindies?” “WICB stop Sunil from playing super 50 and now they pick him. If @KieronPollard55 was fit he would’ve play the B Bash just like the rest of us!!”

Dwayne Bravo calls this selection “magic” on Twitter; in his words, “Joke of the day: WI selectors. One minute Pollard & Narine were not good enough & now are perfect for Tri Nation series? It’s like magic! One minute we have to be available for domestic super 50 to be selected and the next minute, it seems we don’t. Magic! Get serious people!”

Darren Sammy congratulates Pollard for being picked in the squad but at the same time asks him the secret, “@KieronPollard55 great to see u back in odi team but tell me how did u qualify for selection having not played the super50 or ODI since 2014.” Replying to these tweets, Pollard says, “Bingo, or I should say Pingo. Numbers shuffled and up popped P55!! Or should I [say] lucky days!! Think the truth, or real reasons of expulsion will finally come out??? Have been baffled for 15 months. Then Pingo.

However, WICB did not pick Andre Russell, Darren Sammy, Chris Gayle and Dwayne Bravo in the squad which is quite a matter of amazement.