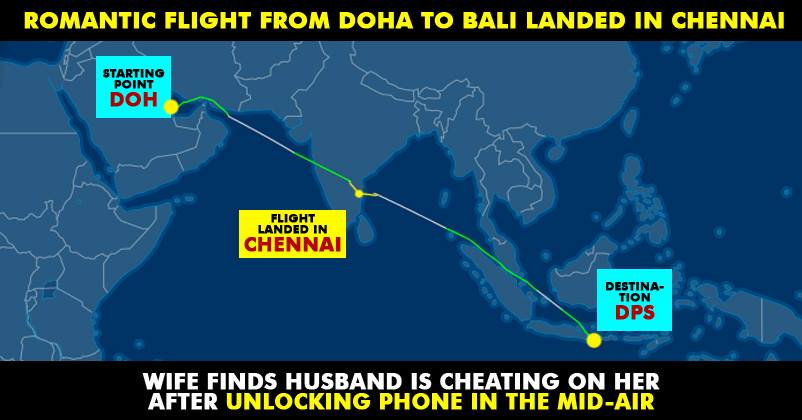 We reported yesterday how Pakistan International Airlines halted midway due to weather problems and asked passengers to take a bus to cover rest of the distance.

If that was a great inconvenience to passengers by airlines, a woman passenger in Qatar Airways did the same for airlines staff and co-passengers. 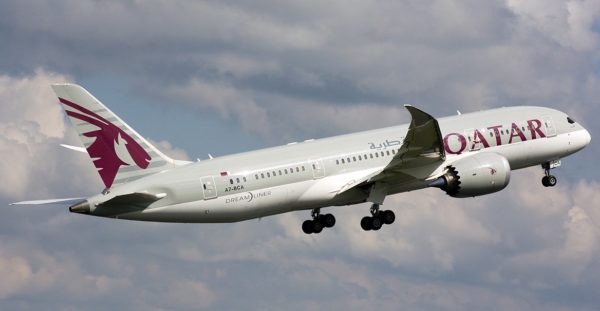 As per TOI reports, the Iranian woman along with her husband and a young child was off to Bali in a Doha-Bali flight on Sunday (It was supposedly a romantic holiday). The lady was few drinks down and reportedly unlocked her sleeping husband’s mobile phone by putting his finger on its scanner.

After checking the phone she came to know about the cheating ways of her husband.

As soon as she got aware of it, she went mad and created storm. Reportedly, she indulged in a fight with her husband and when staff members tried to control the situation, she misbehaved with them too.

The situation went so out of hands that pilot had to take the extreme step and divert the plane to Chennai. It resumed its journey soon after offloading the family at the Chennai airport. 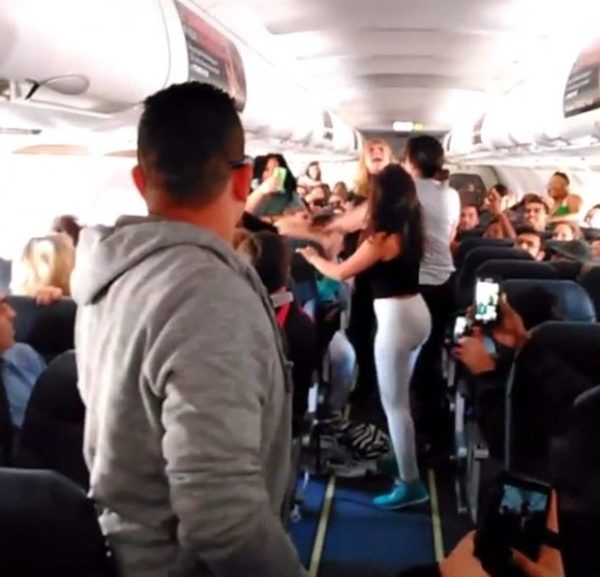 After the lady got sober and the authorities of airport found no security issues, they were put on a flight to Kuala Lumpur.

“On November 5, at about 10 am, Qatar Airways flight QR-962 (Doha-Bali) was diverted to Chennai. A lady along with her husband and a child, all Iranian nationals, were offloaded by Qatar Airline as the lady passenger (who was intoxicated) misbehaved with crew members inflight.They were sent to Kuala Lumpur by Batik Air flight 6019 for further travel to Doha.”

New Conspiracy Theory Suggests, Black Star Will Cause The End Of Earth On 19 Nov.
The Brand War Is On! Samsung Trolls iPhone In Their New Commercial Of Galaxy Note 8