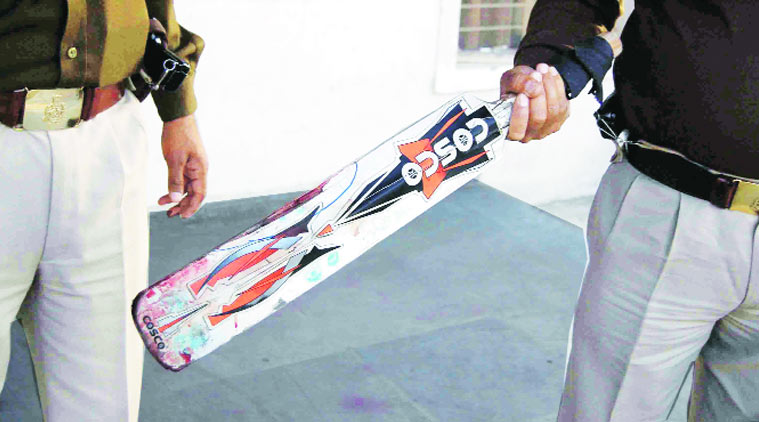 A Police Constable  was allegedly beaten to death by his wife following a quarrel over his extra-marital affair.

Constable Mukesh S Bariya (aroung 35 years old) was a security guard at the Sardar Sarovar dam in Kevadiya town. His home was about 90 km away from the dam.

He and his wife Sangita used to have frequent quarrels over his alleged relationship with another woman.

Four days back, the couple, married for 12 years, again had a tiff over the issue following which Sangita beat him up severely with a cricket bat.

After bearing his husband with a cricket bat, Sangita went to police station and informed the officials that her husband was lying unconscious at their residence in Kevadiya.

After being informed by Sangita, the police rushed to the spot and took Mukesh to hospital where doctors declared him brought dead.

Later, after the post-mortem report was, the doctors said that he was murdered. The Police conducted an investigation into the matter and on the basis of suspicion, arrested Sangita on Thursday.

After being interrogated by the police officers, she later accepted that she killed her husband with a cricket bat. The couple’s 10-year-old daughter Priya also told the police that her mother had beaten up her father.

Sangita was then been booked under section 302 (murder) of the IPC .She was produced in a local court yesterday which remanded her in police custody for two more days.