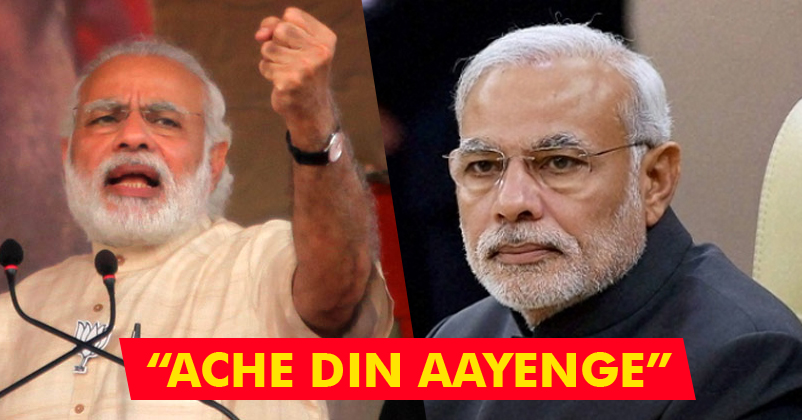 Since the past two years, we have been listening to the slogan “Acche Din” and it has just turned out to be a magical spell since the honorable PM Narendra Modi gave us the hopes of “Acche Din”. Albeit, it’s a huge debate whether we are living “Acche Din” or not, but one should really know the fact behind the slogan. You will be shocked to know that the slogan was not termed by the current PM or the ruling party, but the brain behind the slogan is the former Prime Minister Dr. Manmohan Singh. Yes! You got it right! Since the 2014 election, BJP flattered us good days along with many more promises like the end of corruption, women safety, etc.

Union Transport Minister, Nitin Gadkari spills the beans that the “Acche Din” was first promised by Dr. Manmohan Singh during an NRI meeting in Delhi. Modiji uttered the same words at some other place and it got synonymous with the government then after. When asked about when the promised “Acche Din” will come, President Amit Shah said,

“It will take 25 years to come. It is not possible in a five year term.” So at least, we know one thing for sure, we always thought that the ex PM Dr. Manmohan Singh never uttered a single word, but when he spoke it was still unheard by the crowd and Modiji easily struck the gold with “Acche Din”. Share your views with us by commenting in the comments section below.

Boyfriend Ripped His Girlfriend’s Intestines Because She Called Her Ex’s Name During Love Making!
New Twist In Telecom War, Airtel And Jio Are In An Agreement Now!