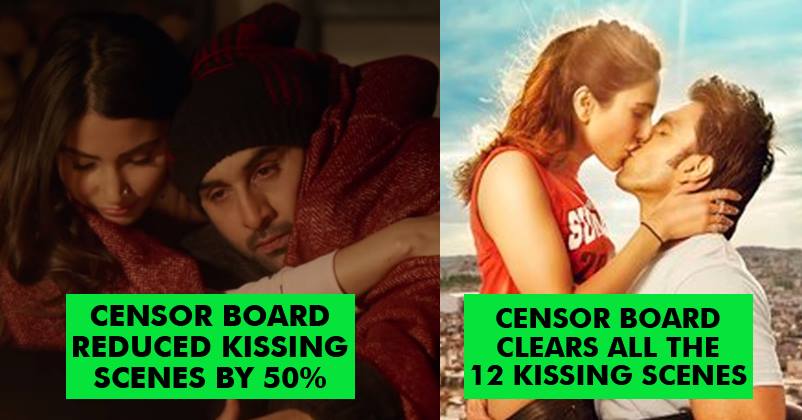 Just a few months back, it was Shahid Kapoor’s ‘Udta Punjab’ surrounded by all the controversies. The Central Board of Film Certification (CBFC) was not ready to give the movie a clean chit, they demanded at least 28 cuts in the movie and people were getting furious over the board’s decision. After facing huge issues Udta Punjab finally won the court case against the board and came out as a grand success after hitting the theaters. But the irony here is, The Central Board of Film Certification (CBFC) that banned Udta Punjab has given a green signal to the movies like ‘Mastizaade and Kya Kool Hain Hum 3’. Apart from Udta Punjab the images of Goddess Durga and Kali in ‘Angry Indian Goddesses’ had also offended the board.

But what happened with Ranveer Singh’s ‘Befikre’? Explaining the above scenario does not mean that we are having some hard feelings for Ranveer and Vaani’s carefree flick ‘Befikre’. We are all set for the movie and their carefree moves.

The chief of the central board, Pahalaj Nihalani who has in the past cleared adult comedies, couldn’t clear a powerful movie like ‘Udta Punjab’ but is absolutely fine with ‘Befikre’. The hilarious reason he gave behind clearing ‘Befikre’ is that ‘Befikre’ is about “manifestation of love”. He said that the Yash Raj film managed to show the kisses in the trailer ‘natural’ and not ‘vulgar’.

And we just can’t stop laughing at his statement!!!

“When we are strict with on-screen intimacy, people have a problem, when we let scenes of intimacy remain intact, people have a problem. The images in Befikre are not about the kisses alone. It’s about a whole lot of things, about love. The trailer shows kissing as a manifestation of love; it’s not there for titillation. All the kisses are in long shots. It’s only in close-ups that kissing on screen tends to look overblown. There is a difference between showing intimacy discreetly and getting so worked up about it that the camera becomes voyeuristic. As to why the CBFC has chosen to be liberal with the trailer, it’s because Aditya Chopra’s aesthetic sense makes the kissing look natural, and not vulgar at all.”

People believe that it’s because of Aditya Chopra that the censor board has given Befikre a clean chit and not because the board is getting liberal. The hypocrisy in the board is not new and hence the battle between the board and the Bollywood continues.

It’s good that Ranveer’s Befikre got a green signal and is all set to hit the theaters soon. If you haven’t seen the trailer yet, then watch it here!

So guys, did you watch the trailer? Do you agree with our argument? Don’t forget to share your opinion with us in the comments section below!

This Was The Best B’day Gift For Parineeti Chopra! Her Mom’s Heartfelt Letter Left Her In Tears!
“Kahaani 2” Trailer Is Out! It Is Packed With Suspense, Mystery & Drama……