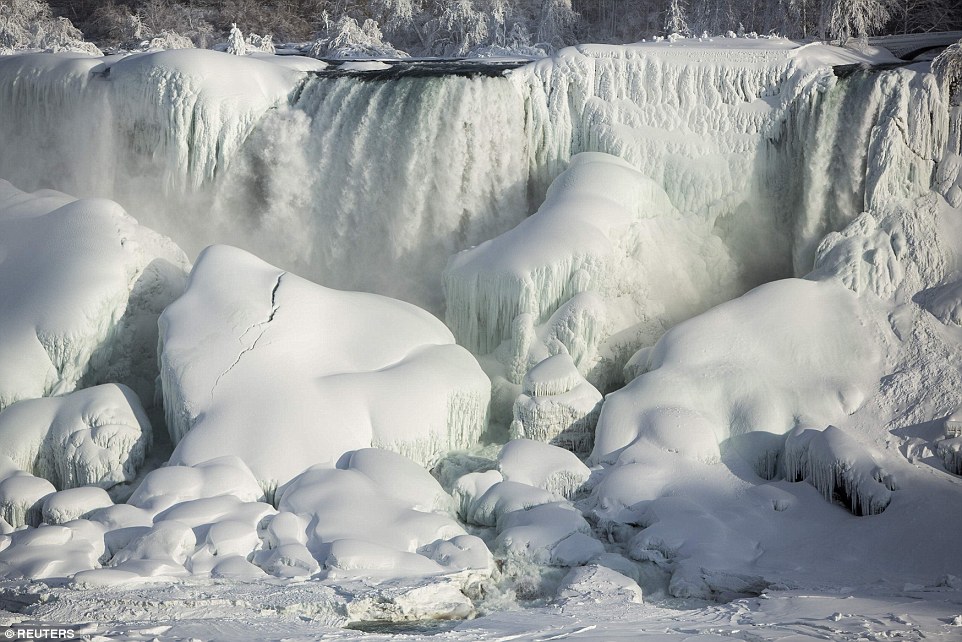 The sight was indeed amazing; so amazing that one can quickly call it a fake one or claim as a frolic of photoshop after even after a single glance at its photograph. But, The iconic falls of North America actually got frozen over due to extreme fall in temperature across the East Coast- it dropped to 16F this year. Well, the this extreme winter definitely caused a lot of problems for the people dwelling there in East Coast, but undoubtedly providing some beautiful sights for the photo lovers that they just loved to capture in their SLRs.
Almost, the entire East Coast, including some areas of Florida has experienced the shivers of extreme cold; but there’s no denying the fact that it was looking just like a set of fairy tale. Our very famous Niagara Falls is one of them that brought innumerous visitors to be a witness of this majestic sight.
1911 has been the year that aired most on the web, when Niagara Falls was frozen due to heavy temperature fall, probably making a think wall of snow due to about 18 inches of snowfall. Much of the surrounding of Niagara River was frozen leaving some parts of the falls in its natural state; that are not entirely frozen over. It was seen that several small springs of water gushing out from beneath the tough crust of ice crystals.
Whatever it may be, whether Niagara in its liquid state or solid, in both the forms it remains the same- a thrill, a delight to watch for the spectators.