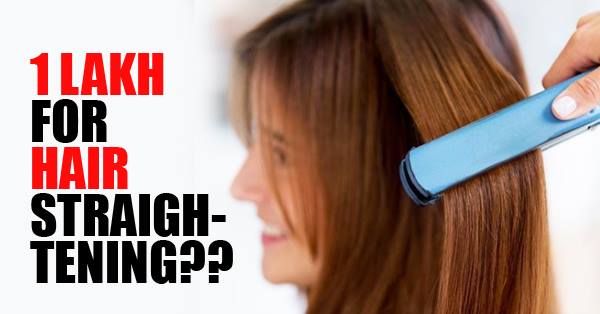 Ratna Kumary, a 60 year old from Bangalore was told by a salon she visits frequently that with a certain hair treatment, her hair would become straight and smooth.
Body Craft, a salon in Indiranagar area of Bangalore assured her that they would give her such kind of treatment which would give permanent results. Several sittings were required by the treatment, each being 2 hours. Expensive serums, conditioners and shampoos were also purchased by her in this process.

She spent a whopping 1 lakh on the process but the results were shocking! Have a look as to what happened!

She was asked by the salon to undergo this treatment once more. Instead the woman asked the salon to return her money that was spent on the procedure that failed. They didn’t agree to refund! Now, an FIR has been filed by her at the Indiranagar Police Station. She asked for 50 percent refund because lot of mental stress was caused to her.

Owner of the salon says!

Sushil Kumar, the 67 year old owner of the salon told that results will be temporary and would be fading away once the hair grows. He claimed that around 30 percent refund would be offered but instead of taking that a police complaint was filed by her.

Karishma Tanna And Upen Patel Broke Off! Yes, Their Twitter Postings Prove That!
Do You Know There Are Happy Numbers & Sad Numbers In Mathematics!