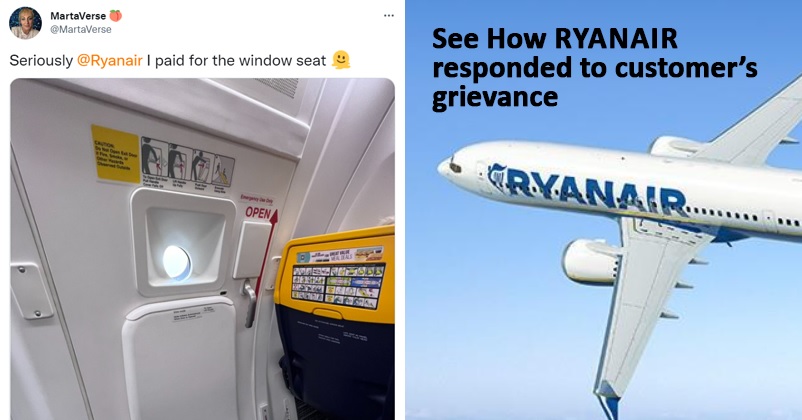 Travelling in the present times is no longer cheap, though there are many airlines that claim to provide the best services at reasonable prices yet most of the times, these companies don’t serve what they really promise. Many travelers want their journey to be comfortable and enjoyable so they don’t mind spending extra money in order to get various facilities. 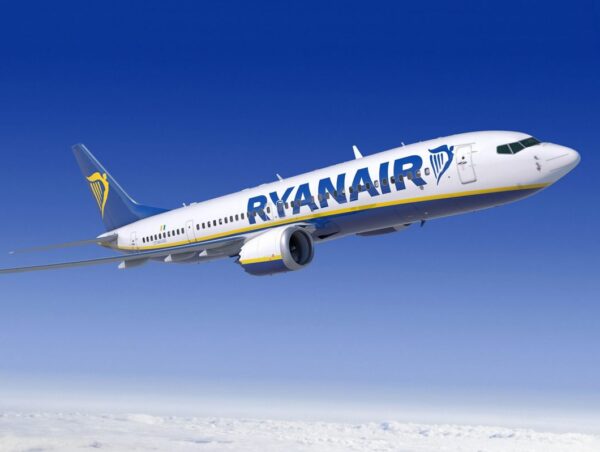 People have their choices regarding seats while flying as few prefer aisle seats, there are many who want window seats just like this woman who was travelling from Ryanair in Europe and she paid extra in order to get window seat. However contrary to her expectations, that female traveler didn’t get the window seat and her seat was next to an emergency door which had a small circular glass opening. 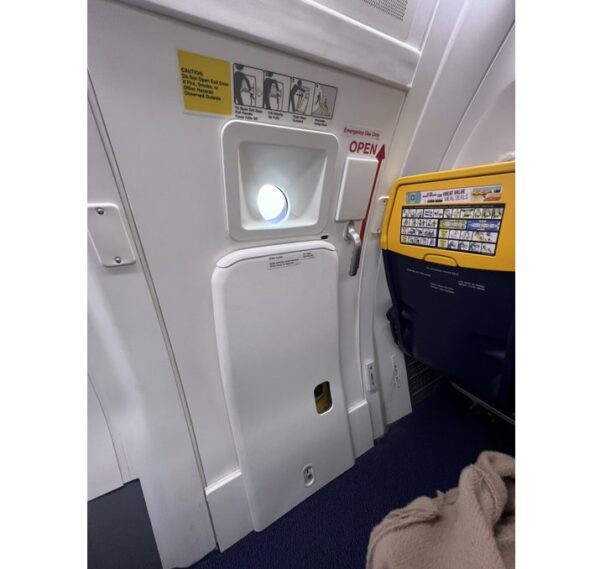 The disappointed traveler took to the micro-blogging site Twitter and posted a message for the airlines with the photo of the seat which she got on the flight. She captioned the image with, “Seriously @Ryanair I paid for the window seat”.

Seriously @Ryanair I paid for the window seat 🫠 pic.twitter.com/78qp9W3lLM

While everyone expected an apology tweet from the airlines, the company preferred to ignore customer satisfaction in order to prove that they have a good sense of humour and they posted the same image in reply but the small circular glass opening was circled with red color to show that it was certainly a window seat. 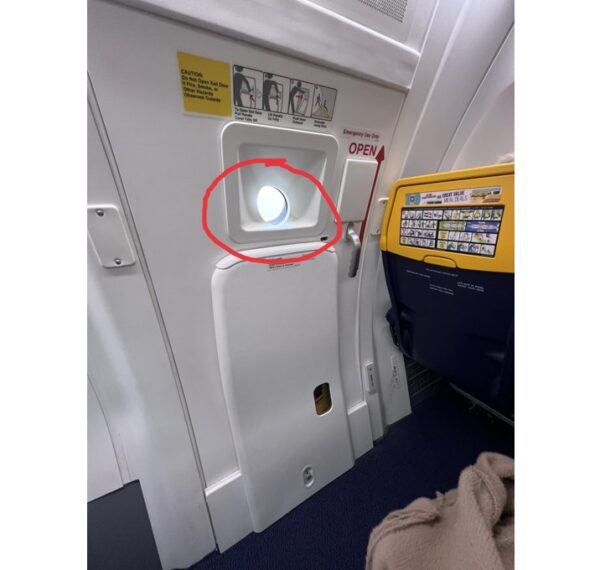 The tweet is going viral on the Internet with users reacting on the matter; while some found humour in it, others talked about customer service and there were few who asked the female traveler to take services of some other airlines. Here are some of the selected reactions:

As always Ryanair prepared to step it up a level if needed – if you don't like it, here's the door! I'd have just gone straight to that so I admire your patience 👏

It’s a glorified bus service. Even the stewardesses agree to that. You want service? Book with Emirates or Singapore airlines.

There’s no such thing as customer service anymore and it’s great.

What do you think of this whole episode and how would you have dealt with such a situation? Do share with us.