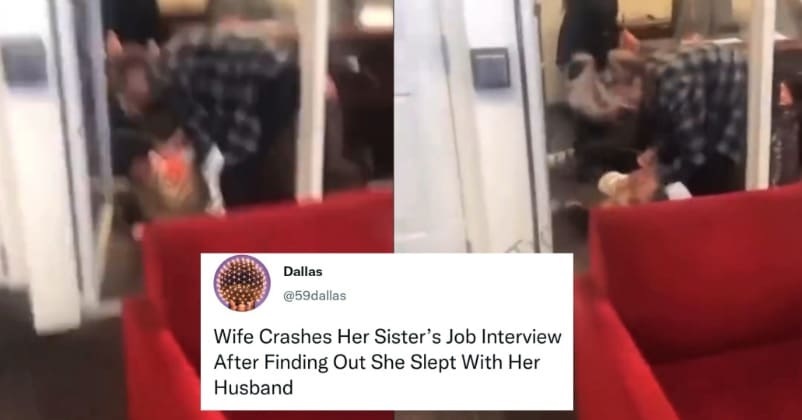 There is no denying the fact that for a marital relationship to work, presence of some elements like love, trust, loyalty, respect and honesty is necessary and if any of them is missing, things won’t work smoothly. Cheating on partner is something that is not pretty uncommon nowadays but people forget that they will be caught some day for sure and it will hurt their partner as trust once broken can never be the same again. However, all the limits are crossed when a person’s trust is broken from two sides as happened with this woman whose husband cheated on her by sleeping with her sister. 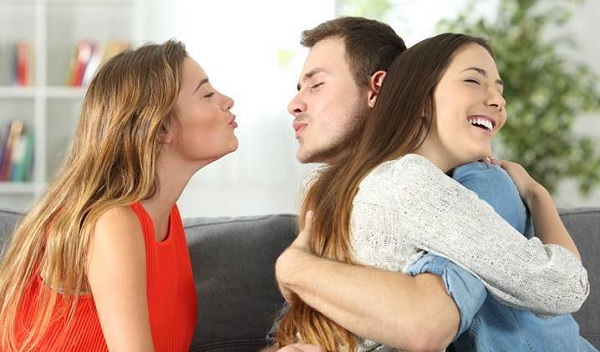 A video is going viral on the Internet and social media in which a woman is seen arriving at an office where her sister was having an interview. You might be wondering for what? And the answer is for beating her sister! Yes, you read it right!

Well if the reports are to be believed, the woman got to know that her sister had an affair with her husband. The video of the incident is probably shot by some employee at the office and it has left Twitter talking.

First of all, see the video:

Wife Crashes Her Sister’s Job Interview After Finding Out She Slept With Her Husband pic.twitter.com/2SzzFPu3kS

Soon after the video went viral, people started discussing who was at fault – the husband or the sister, and whether the girl would have got job post the incident. Check out some of the selected reactions:

monogamy is one hell of a social construct. People shouldn't sleep with someone else if you've made a commitment to someone, but still, chill out

Interviewer watching this lady get stomped in her office pic.twitter.com/hg8Q4n6bwE

As you can see, I keep my cool under high pressure situations. I’m able to stay focus and power through adverse situations. So when I expect a start date? pic.twitter.com/owXbnZBkh6

All that anger needs to go to that husband. Women too often blame women for their partners infidelity. Unique situation I understand but this is such nonsense.

Me from my desk: pic.twitter.com/iTmTB1B7b1

Sits back down with bloody nose *
“So anyway, I’m proficient with Python, CSS and HTML5”.

Whose mistake was it according to you? Let us know your views about the incident.