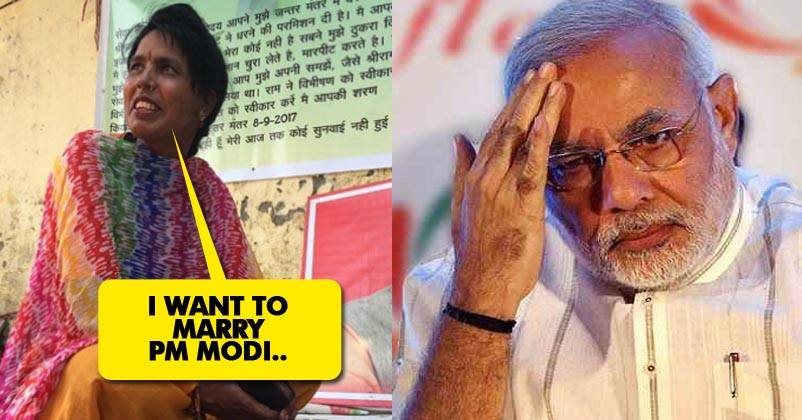 Jantar Mantar in Delhi has witnessed many protests and sit-ins but a 40-yr woman from Jaipur is on a sit-in (dharna) which may be one of the weirdest reasons to stage a protest.

She wants to marry PM Modi:

The name of the lady is Om Shanti Sharma and the demand that she wants to be fulfilled is that she wants to get married to Indian Prime Minister Narendra Modi. She has been on a sit-in from September 8 and she has made it clear that nothing is wrong with her mental state. She just wishes to help the PM as he says that he has to do all the work on his own because he is alone. 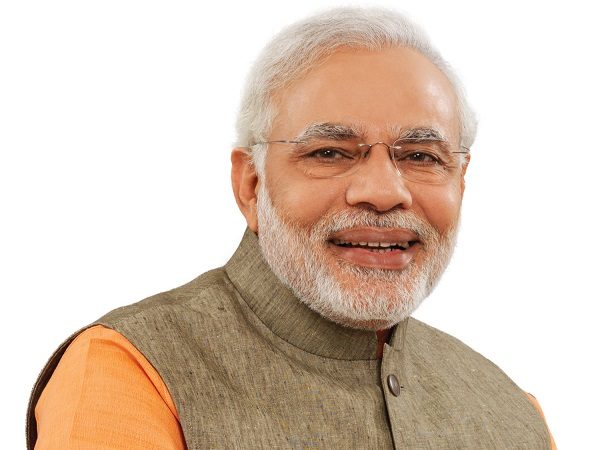 Shanti, who is staying in a tiny shed at Jantar Mantar, said,

“I was married earlier but the relation didn’t last long. I am alone since past many years. I refused a lot of marriage proposals and now I am here to marry Narendra Modi.”

When she was asked why she desires to marry PM Modi, she says,

“I know people will not allow me to meet him. But I also know that he needs help. He is alone like me.”

“When people hear about this, they often laugh at me. I want to tell them that I just don’t want to marry Modi ji because I have thing for him, it is also because I respect him. In our culture, it has been taught since childhood to respect elders and help them in their work. I want to do my bit and help.”

She claims to be rich:

Shanti’s first marriage was a failure but she has a 20-yr daughter from her first marriage and she claims that she is a rich person because she not just has money but a lot of land. In her words, 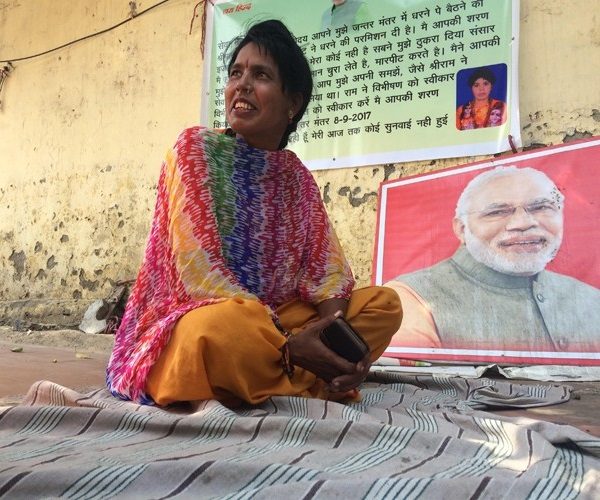 “I have a lot of land back in Jaipur. I have planned to sell some of them and buy some gifts for Modi. I will remain on a sit-in till the time Modi ji comes to meet me.”

Her lifestyle and NGT’s order:

For her daily chores, Shanti is using public toilet and she is having her food at temples and gurudwaras. She is worried about the order of National Green Tribunal which states that the protest spots should be moved to some other locations. Here’s what she said,

“I don’t know what I will do if the government removes me from here. It has been a month and this place is good and hospitable for me.”

What do you have to say about this weird sit-in?

Samsung Phone Caught Fire On Man’s Pocket & Company Is Blaming Third-Party Battery
Supreme Court Bans Firecrackers in Delhi, This Is How Twitterati Reacted To The Decision