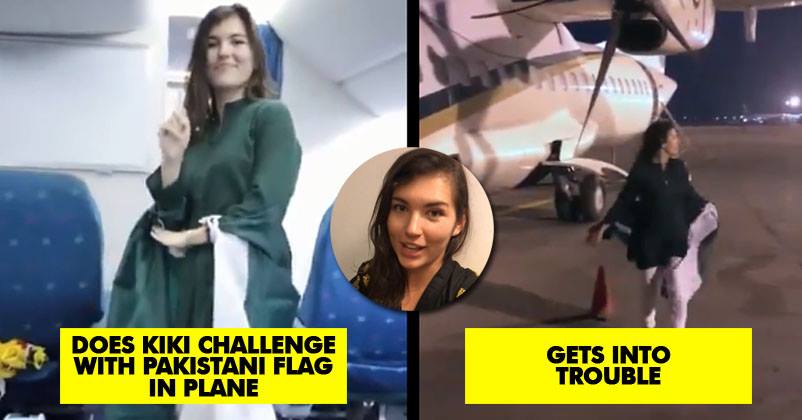 There is no denying the fact that no other challenge or online trend has gained so much of popularity as the Kiki challenge. There is no limit of people’s craziness for the Kiki challenge and from performing it on auto, car, train and even on bullock carts, now we have come across a video in which a woman has performed it on an aircraft.

Meet Eva Zu Beck who has performed this Kiki challenge on an PIA aircraft and the tarmac. She was dressed in a green and white dress and was draping the Pakistani flag around her body. 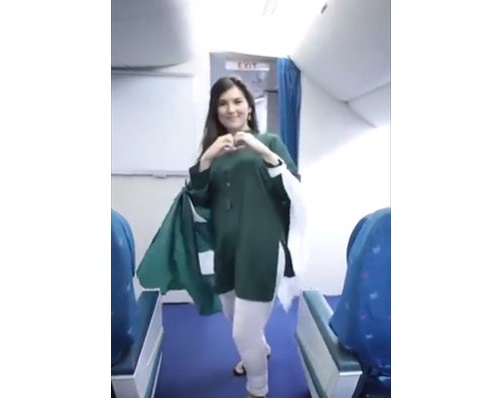 She danced on rapper Drake’s song “Kiki, do you love me?” inside the aisles and on the tarmac as well. The video has gone viral and it seems that the woman is in a sort of legal trouble.

A woman does kiki challenge stunt on the PIA aircraft and the tarmac. Wearing green and white dress and draping the Pakistan's national flag around her body, she is seen dancing on the aisles of the aircraft and then on the tarmac.@Official_PIA @pid_gov #PIA #KikiChallenge pic.twitter.com/hwvVSm9VIu

As per a report published in Tribune, the matter is being investigated by the National Accountability Bureau (NAB) now as the woman seems to be of any other nationality and the chairman of NAB has raised a question as to how she reached the runaway and disrespected the Pakistani flag.

Eva is a blogger and when the video started getting a lot of publicity, she also took to Instagram to explain her side of the matter. She said that she was with PIA for the making of a vlog, “Travelling to Karachi”. She said that someone asked her to do the Kiki challenge and she agreed, thinking that it would be a good way to promote tourism in Pakistan. She has also apologised to all those who may have got hurt because of the video.

“Hi everyone 😊 Quick announcement to explain what happened with the PIA Kiki Challenge video. 💡

Hi everyone 😊 Quick announcement to explain what happened with the PIA Kiki Challenge video. 💡 . And of course I’ll continue to explore all the beauty of Pakistan 💚

We are literally tired of the Kiki challenge, aren’t you?

List Of 51 Most Harmful Malware Apps Is Out; Uninstall Them From Your Android Phone Immediately
Atal Bihari Vajpayee Left The World At 93. We Are Going To Miss Him