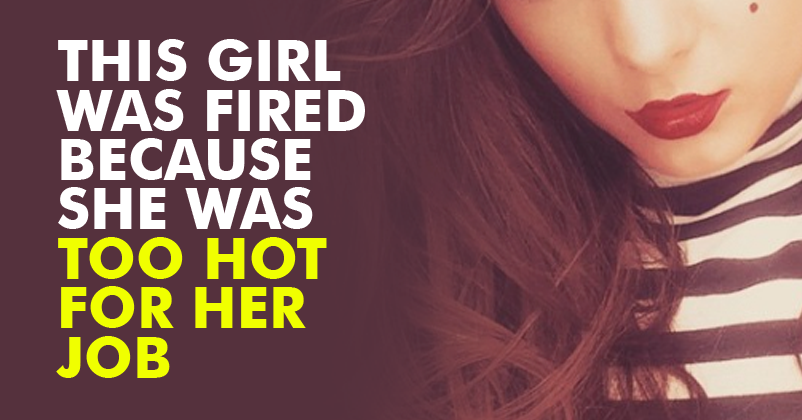 ‘Beauty with brains’ is not just a phrase but can also be a living example. Every single person who has attractive looks doesn’t necessarily need to work in an entertainment industry. His or her desires can be different from the stereotypical thoughts that people usually live with. Emma Hulse, a 24-year-old woman also went through the same scenario where her beautiful looks took away her job. Yes, it is indeed true.

She was a freelance television worker. It was a normal day for her as she arrived at 9:30 AM in the morning. She was just 10 minutes into her eight-hour long shift when she received a text from her agent who fixed up this job for her. He texted her that she is no longer required for this job. As usual, she was surprised and decided to talk about it to her manager. When her manager got to know about it, he was quick to compare her with a model and suggested her to take up modeling as a career. “Are you a model? Are you not doing catwalks, why are you not at the front of house?” he said. Later on, the manager took her number and also asked her out for a coffee drink before he sent her home. She further said, “Maybe that company employs plain looking people and maybe if you don’t look that way they don’t take you, maybe I was a distraction. I do camera operating as well, I work for many different companies and no one has sent me home because of the way I look. Especially within a creative agency you should be free to wear what you want.”

However, the manager who had fired her has been now fired from the same company after this incident went viral on social media. According to the company, this is not the first time that such a kind of incident has happened. He had been doing this for a very long time.

Emma describes herself as a runner, production assistant, and camera operating executive on her TalentManager profile. Apart from all of this, she is indeed beautiful. Have a look at some of her stunning pictures.

What a flawless body! The confidence on her face tells a lot about her! Isn’t she stunning? I presume the answer is YES. But that doesn’t mean a person has the right to harass her. The mischievous and dirty act done by that manager is indeed one of the examples of Sexual Harassment that women face in our world. Asking for favors in return of job security is something that many people (managers) consider it as their birthright.

Hats off to Emma Hulse for raising up this issue so that people from all over the world can come up and address this problem. What are your views on it? Please share your opinion in the comment section below.

Continue Reading
You may also like...
Related Topics:fired from job, woman good looking

Anurag Basu Gets Rude With A Fan Who Expressed Disappointment On Jagga Jasoos Being Delayed Again
Forget Kapil Sharma! These 2 Guests On His Show Will Give You Double Dose Of Laughter!