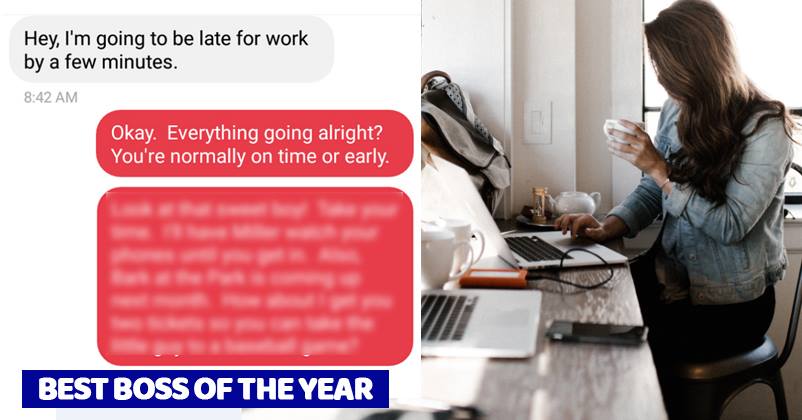 One of the worst nightmares for an employee is undoubtedly when the boss shouts at him/her in front of other employees for getting late in the office. Normally, bosses are quite strict as far as timings and punctuality are concerned but there is one boss who has done something awesome for his employee who got late. In fact, every employee will confer the best employer award to him after reading this.

Recently, an Imgur user CainMolir shared an incident from his office which tells us how he deals with his employees when they arrive late. He posted a screenshot of the chat that took place between him and the employee who hasn’t been late to office, not even once in the last 8 years and the reason that she gave for being late is so adorable. 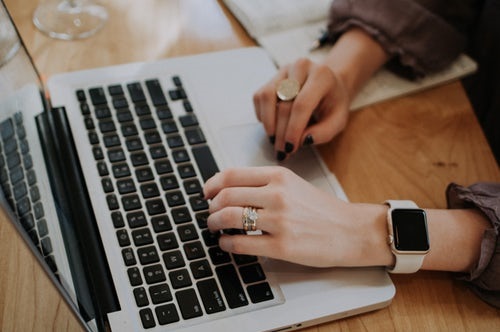 When the employee messaged that she will be late, the boss asked the reason as he was concerned and she told that she spent some time clicking her dog as it was looking damn cute while sleeping and we can’t disagree! In turn, the boss purchased two tickets of Bark at the Park promotional game for the woman and her pup.

Check out the conversation: 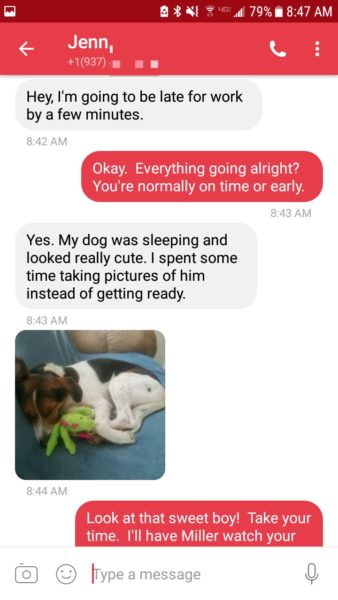 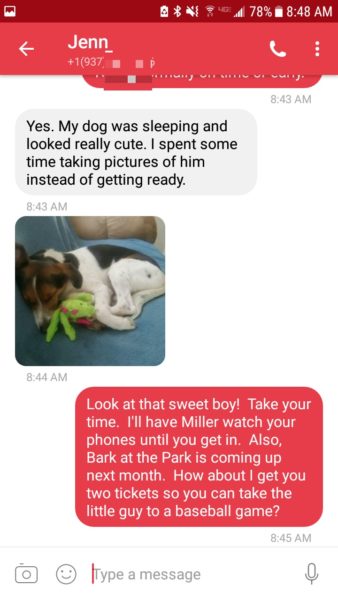 He wrote in detail about the whole situation as well as about the employee. In his words,

Just trying to be a good boss.

This lady has been with the company for about 8 years.  In my time, she has never been late, called out, etc.  She’s also a very sweet older lady that the guys in the office call “Mom.”  Two tickets for the Bark at the Park promotional game coming up will be purchased, and given to her by the end of the day.

How could I be upset over that cute pup?!

Be nice to each other today!

FP EDIT: Holy macaroni!  To answer some questions – I looked it up, and yes, this was the first time Jenn has been late in nearly six years.  She missed work one other time in her nearly eight year career with us, and that was when her son had his wisdom teeth removed about nine months into her employment.  She was eleven minutes late today – not too terrible, if you’re asking me.

Jenn also calls herself “Mom” in company emails, etc.  She fully embraces the name and has done so since her last child left for college almost five years ago.

I gave her the tickets – she’s looking forward to taking her pupper to the game!

Miller is a good dude.  I bought him Chipotle for the extra work.  He stole my hot sauce and I’ve yet to see it back on my desk, though.

There is no doubt that he is a boss that every employee dreams of. So will you give him the Best Boss award?