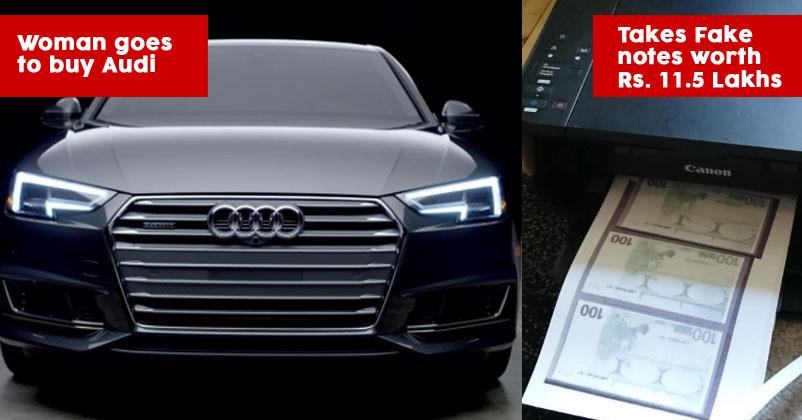 We have seen people go out of ways and places to get what they want. And this does not come as something new. People should have thought of printing fake money. Well, they do. And a much better job than this woman too.

According to NDTV, a German woman thoroughly amused the car dealership after she came with a fake bag of notes. The 20-year-old, According to a statement by Pirmasens Police, went to the place with the 15,000 euros in hand.

After she selected an Audi A3 2013 model, the unnamed woman walked up to the counter and pulled out the easily recognizable fake money that was printed on white paper.

“I just asked her incredulously if she wanted to play Monopoly,” an employee of the dealership asked the woman. After that, he proceeded to call the police, and she was later arrested.

The dealership also said.”We have experienced plenty of scam attempts before, but so far no one has been this brash.”

The police later searched her apartment and found more money that was printed. The woman had used the notes with a commercial inkjet printer.

I don’t understand whether I should laugh or salute her confidence.

Twitter Flooding With Memes About Who Will Make A Movie On Chandrayaan 2, Akshay Or John?
Real Names Of These Indian Rappers Will Definitely Surprise You