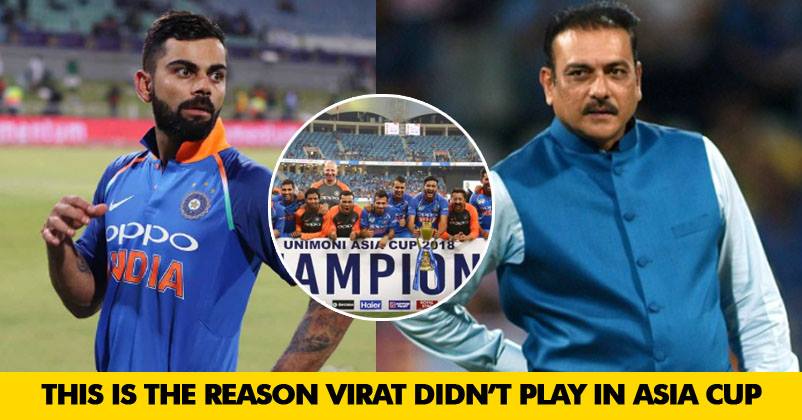 The Indian team may have won the Asia Cup 2018 without Virat Kohli but the truth is that Indian fans were very much eager to see him on the field. However, there’s good news for those who were missing him as the aggressive Indian skipper will be back on the field by 4th October in the two-match Test series against West Indies. 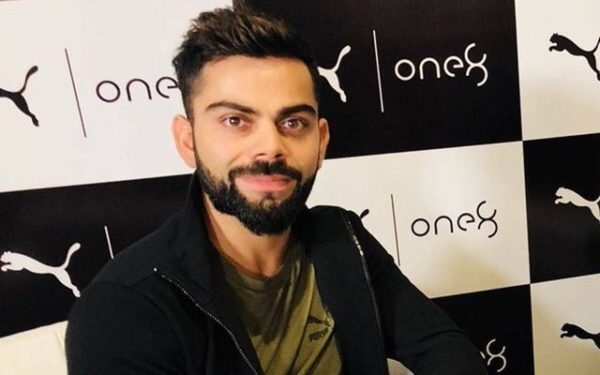 However on Tuesday, the coach of team India Ravi Shastri revealed as to why Kohli was not a part of Asia Cup 2018.

As per him, Virat is somewhat like a bull physically and he needed some rest as his involvement brings a lot of intensity and aggression. It was a matter of giving him a much-needed break so that he could think about something else other than cricket and return with a fresh mind.

He also said that the same thing will happen with the other players like Jasprit Bumrah and Bhuvneshwar Kumar too in view of the fact that the team needs good players and it’s necessary for them to relax their body and mind to play efficiently and with full energy in future matches.

The first match of the two-match Test series will be played at Rajkot’s Saurashtra Cricket Association Stadium. In this, Hanuma Vihari, Mayank Agarwal and Prithvi Shaw are given a chance to show their talent; however, Bhuvneshwar and Bumrah won’t be a part of it since they have been rested. What’s more, Shikhar Dhawan, Dinesh Karthik, Murali Vijay and Karun Nair will not get to play the first test match.

Former Winners Of Bigg Boss: Where Are They Now?
Intense Fight Between Deepak-Urvashi & Saba-Somi For Captaincy. Video Is Not To Be Missed